NOAA UHI Adjustments Are A Farce

Summer nighttime temperatures in Fort Collins, Colorado have increased more than three degrees F over the past sixty years.

Boulder is locate 40 miles away, at the same elevation and very similar geography. Yet Boulder has seen the opposite trend. Summer nights have cooled nearly four degrees F. 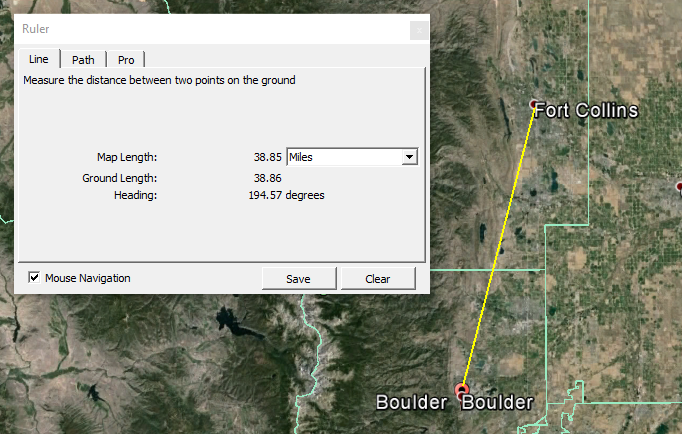 There is a seven degree discrepancy in trend between the two stations. The next graph overlays the two at the same scale. Nights in Boulder used to be much warmer than Fort Collins, but now they are cooler.

The Fort Collins weather station started out in a farm, and is now in the middle of a very busy parking lot and bus terminal.

Fort Collins has a major UHI problem. So how does NOAA handle it? They deduct less than one degree F, when they probably should be deducting closer to 7F. 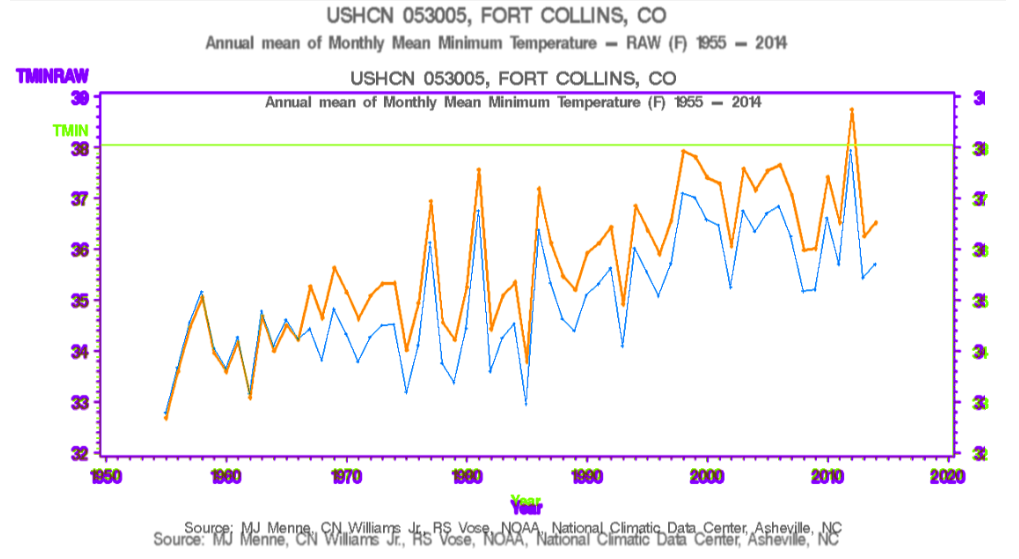 65 Responses to NOAA UHI Adjustments Are A Farce