Three days ago, scientists were stunned by the imaginary Arctic meltdown and pre-announced a record low for 2016.

‘We’ve never seen anything like this’: Arctic sea ice hit a stunning new low in May – The Washington Post

I have been blogging for several weeks that the widely reported 2016 Arctic meltdown is not occurring.  Graphs from government agencies are finally getting caught up to reality. Melt has been very slow over the past month and will continue to be slow for at least another week. 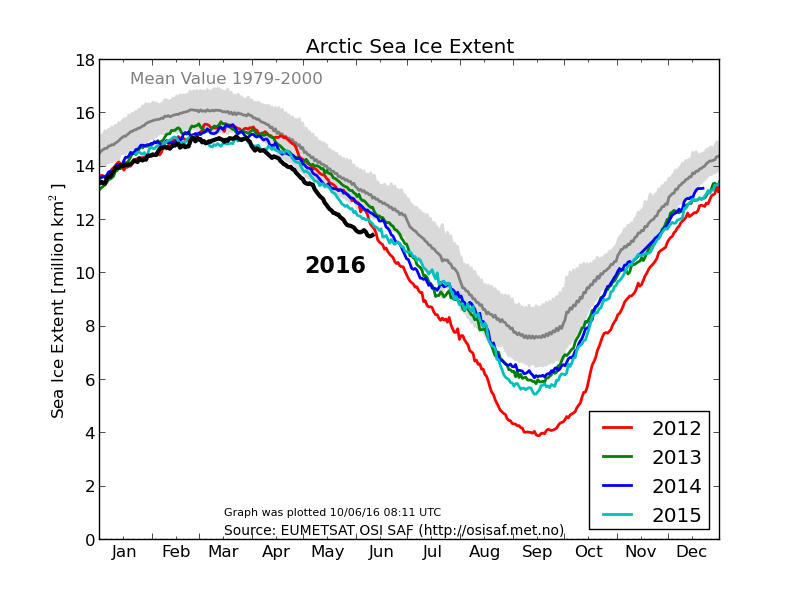 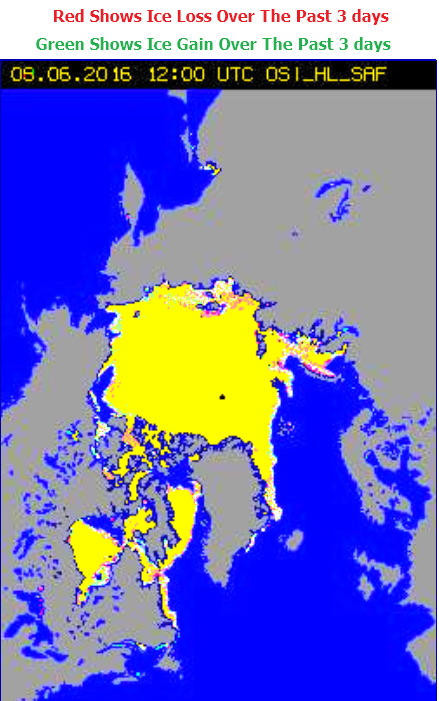 If you want to know what is going on with the climate, the last people you should listen to are government funded scientists.