Crack government funded scientists are baffled why their imaginary Greenland meltdown is not affecting the Gulf Stream. 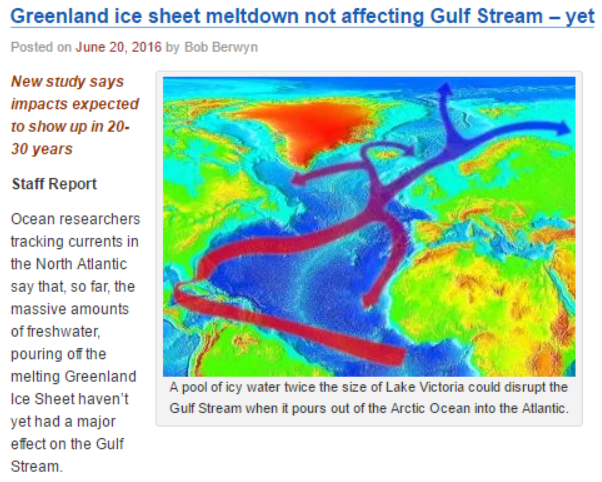 It never occurred to them to look at the data and understand that Greenland isn’t actually melting. Greenland’s surface has gained 530 billion tons of ice since last summer, and is tracking well above normal. 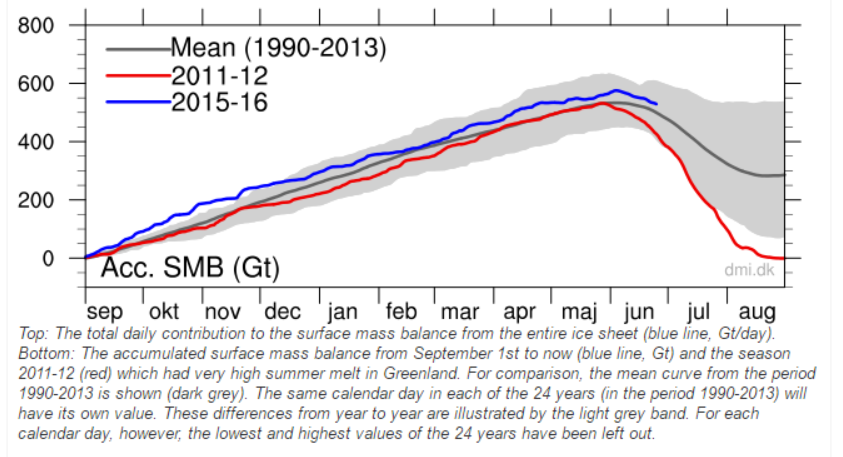 It is mid-summer in Greenland, and temperatures in the center of the ice sheet are -15C My flight yesterday tracked south of Greenland, but I did manage to get a few pictures of glaciers at the southern tip of the island. 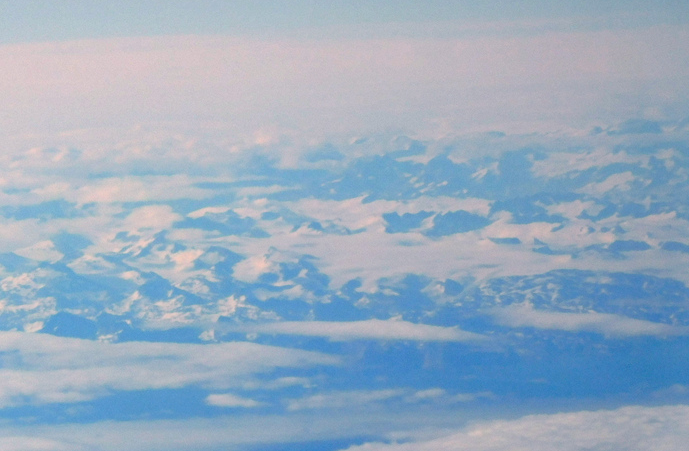 Anyone with an IQ over 30 understands that ice doesn’t melt at -15C. This group however does not include climate scientists, or progressives.

One week ago our brilliant secretary of state determined that glaciers calving off Greenland’s Jakobshavn glacier indicated a looming catastrophe. 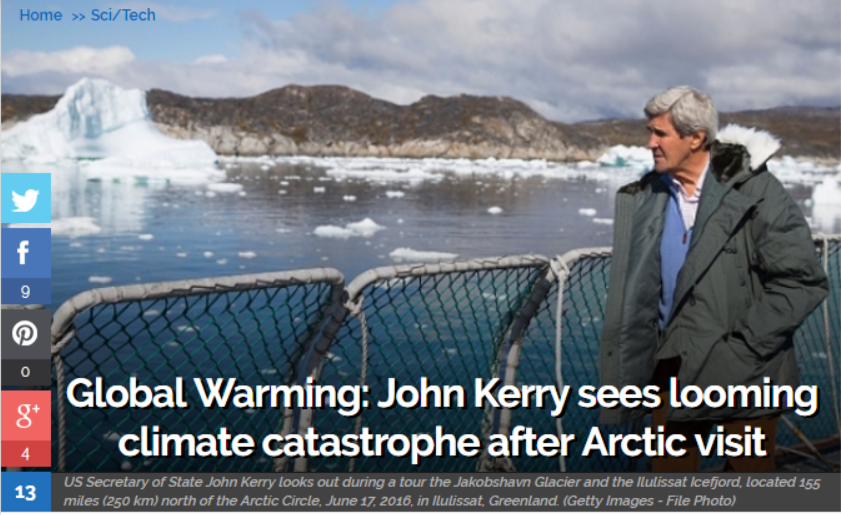 Standing near Greenland’s Jakobshavn glacier, the reputed source of the iceberg that sank the Titanic over a century ago, U.S Secretary of State John Kerry saw evidence of another looming catastrophe.  Giant icebergs broken off from the glacier seemed to groan as they drifted behind him, signaling eventual rising oceans that scientists warn will submerge islands and populated coastal region.

Glaciers are rivers of ice. Excess snow falls in the interior, and glaciers carry the ice to the sea where it calves. Glaciers calving is an essential process required to return the 500 billion tons of annual snowfall to the sea, and has nothing to do with global warming. Kerry was seemingly aware that this was occurring in 1912, but perhaps no one told him that the Jakobshavn glacier has been retreating for hundreds of years. 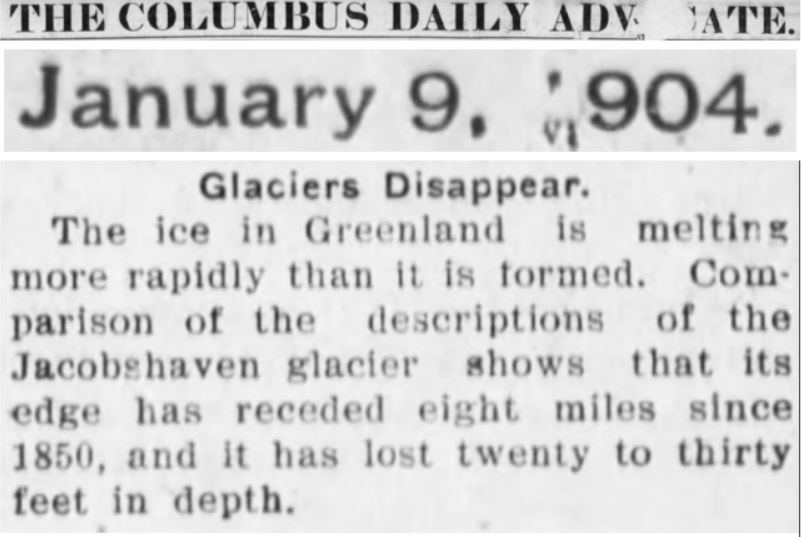 Scientists have been warning of the Greenland glacier and rising sea catastrophe for as long as anyone can remember. They get attention and raise money by telling scary stories. 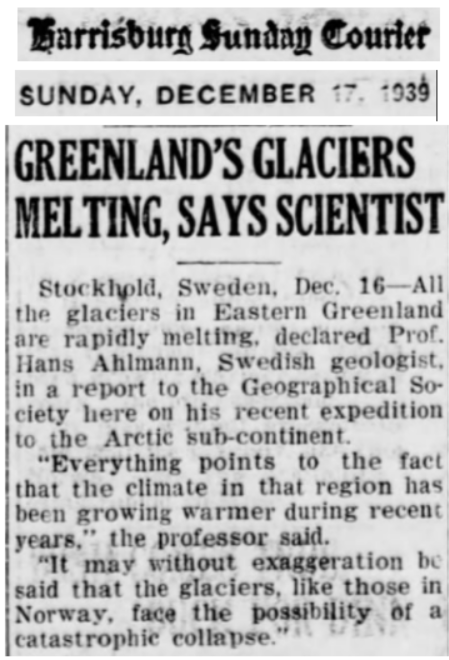 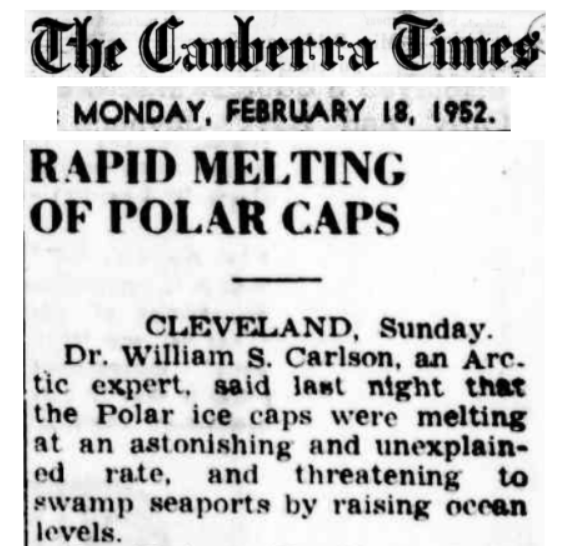 Then Kerry went full stupid at the South Pole.

Briefed by researchers aboard a Royal Danish Navy patrol ship, Kerry appeared stunned by how fast the ice sheets are melting. He was struck by the more dire warnings he heard about the same process underway in more remote Antarctica.

Antarctica is gaining ice, not losing it.

“This has been a significant eye-opener for me and I’ve spent 25 years or more engaged in this issue,” Kerry said on the deck of the ship with Danish Foreign Minister Kristian Jensen during a two-day visit that ended late on Friday.

Kerry is a brainless political hack, whose top accomplishments over the past 50 years are lying about his military experience and selling out his country to various communist and Islamic terror states.