In a remarkable outbreak of mass color blindness, all of the leading political experts and news sources have developed the inablility to see the color red – and are only able to a few tiny dots of blue near the periphery of this map. 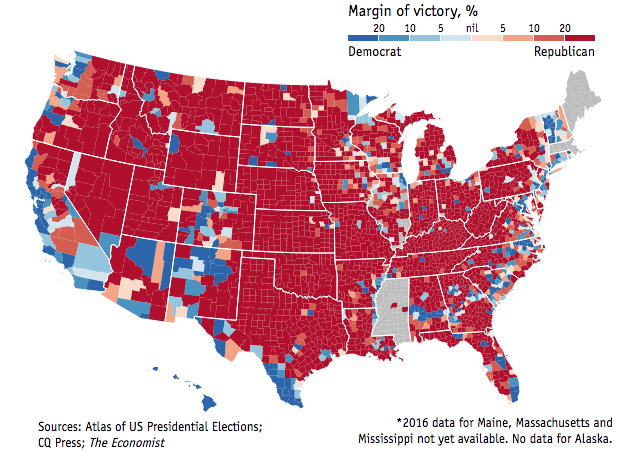 Daily chart: A country divided by counties | The Economist

Leave a Reply to Dan the Man Cancel reply