Game Over For The Climate Scam

The Independent finally gets their headline partially correct.

What they meant to say was “game over for the climate change scam.”

A few years ago, James Hansen said it was game over for the climate if the Keystone Pipeline was built. Obama should have approved it, because it was already too late to save the climate.

Sixteen years ago, the Independent announced “Snowfalls are a thing of the past.”

The UN also said it was game over for the climate by 1999. 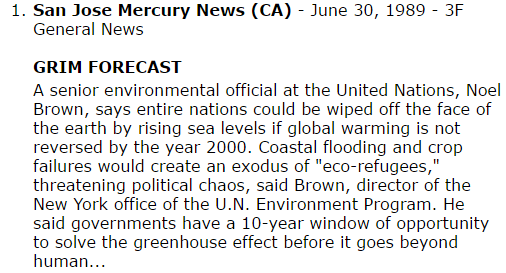 Progressives are complete morons – who somehow imagine themselves to be intelligent.

17 Responses to Game Over For The Climate Scam