Hacking Into The Progressive Brain

After telling us for months that elections can’t be hacked, progressives are now convinced that the election was hacked.

No, the 2016 presidential election can’t be hacked – CNNPolitics.com

Apparently their strategy of threating to kill electors didn’t work, so now they want fake recounts in swing states where they have no evidence that any hacking occurred. 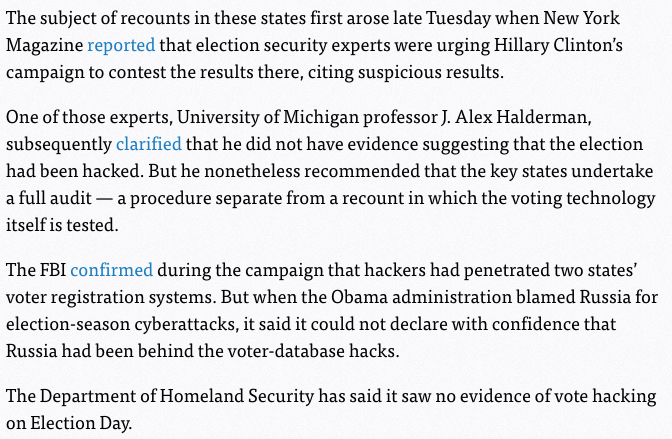 Threatening electors and burning cities is what Hillary Clinton described as “going high.”

8 Responses to Hacking Into The Progressive Brain