In 1976, National Geographic blamed glaciers which disappeared before 1956 on “abnormal warmth” during the first half of the century.

Everyone understood that this was occurring at the time. 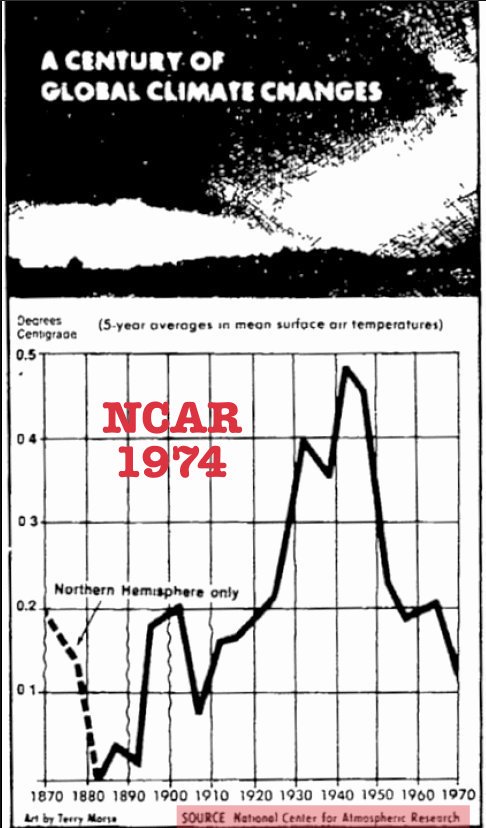 Facts wrecked Obama’s global warming narrative, so Gavin Schmidt at NASA and other people reporting to the White House simply made the 1940’s warmth and subsequent cooling disappear.

This was done intentionally, as shown in this Climategate E-Mail.