During the 1970’s global cooling scare, the symptoms were identical to the current global warming scare. 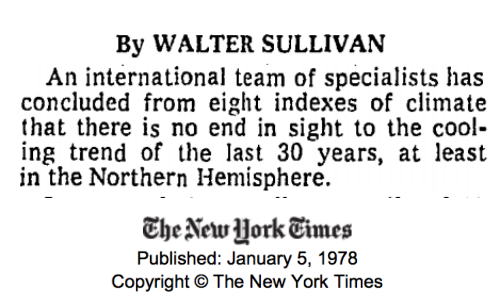