Massive Decline In The Integrity Of NOAA

NOAA reports a massive decline Arctic sea ice and snow through late November, and that their satellite records for sea ice began in 1979.

NOAA satellite records actually extend back much further than 1979, but NOAA hides them because 1979 was the peak and the earlier records wreck their scam. Ice extent in 1974 was nearly two million km² lower in 1974 than it was in 1979.

The massive decline in snow reported by NOAA is actually a massive increase. Snow extent  this autumn was the second highest on record. 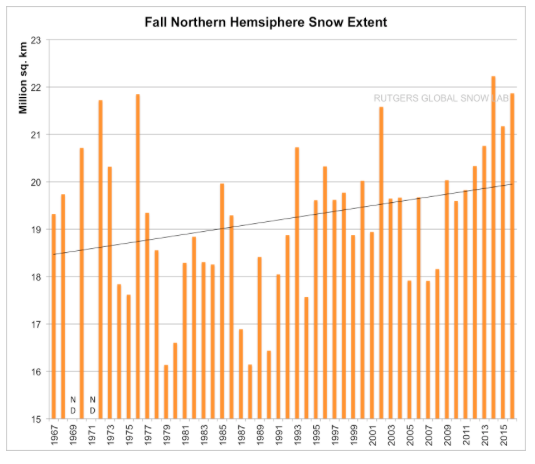 For the entire year, snow extent has increased substantially over the past 30 years. 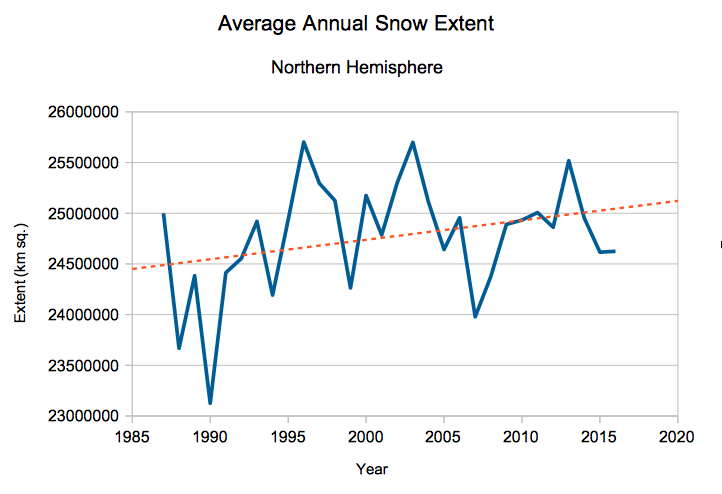 Basically, everything you hear about climate from the government and press is fake news. It is intended to mislead, not inform.

5 Responses to Massive Decline In The Integrity Of NOAA