The New York Times blames Americans and the US president-elect for global warming and the current drought in Africa. 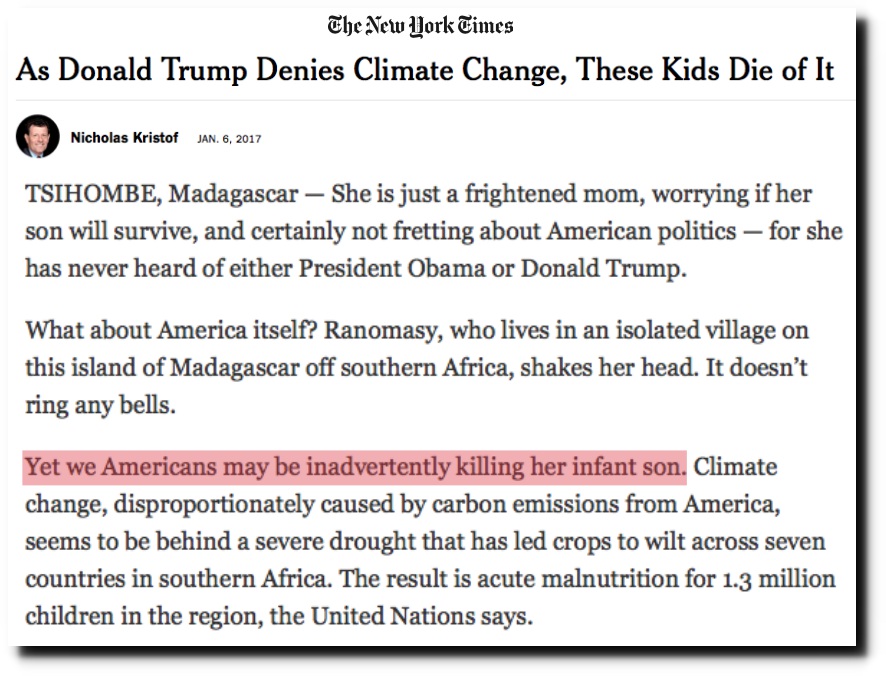 As Donald Trump Denies Climate Change, These Kids Die of It – The New York Times

Forty years ago, the New York Times blamed global cooling for the drought and famine in Africa.

This is the same New York Times which proposed poisoning Africans to keep their population down. The biologist was Paul Ehrlich, prominent climate alarmist and close associate of Obama’s science czar John Holdren.

The black population understood at the time that greens and progressives wanted them dead.

China had 1,800 famines over the past 2,000 years, which killed hundreds of millions of people.

As China has increased their CO2 emissions, famine and poverty has greatly declined.

Fossil fuels keep people alive, and end famine. Progressives are the enemy within. They must be exposed and rooted out in the next eight years under President Trump.

27 Responses to The Enemy Within