August 8 Temperatures Plummeting In The US

Much of the US is facing record cold tomorrow. We had our second coldest August 7 on record in Boulder today.  But this time of year didn’t used to be cold. August 8 temperatures have plummeted in the US over the past century. 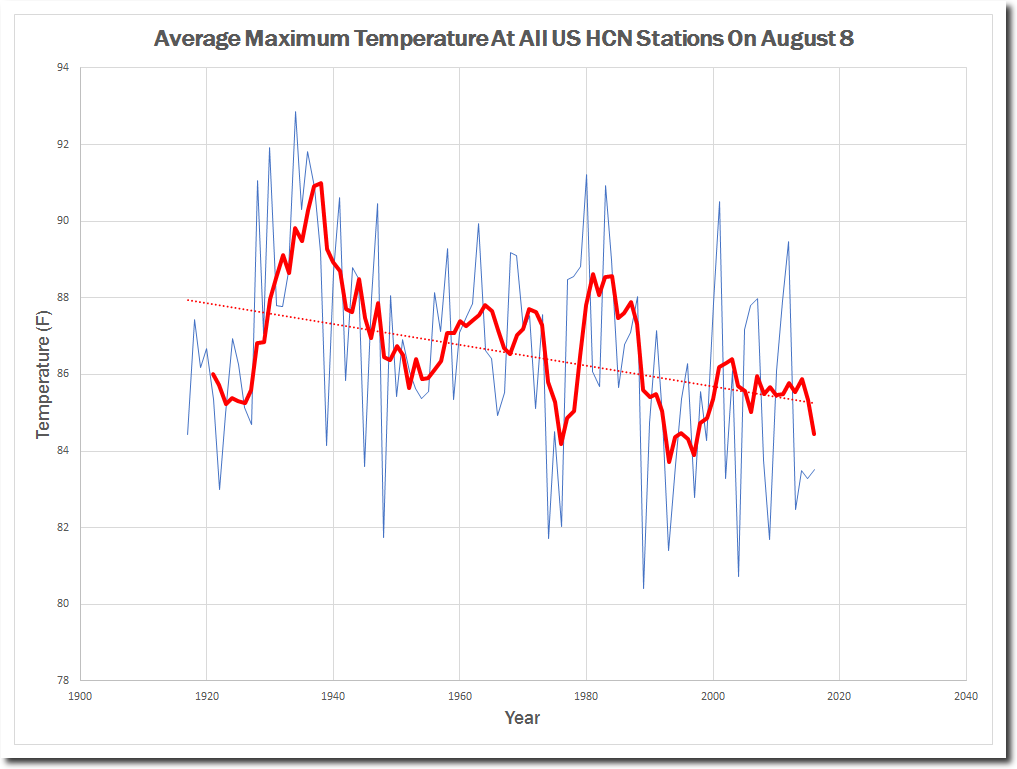 The area affected by hot weather has also plummeted over the past century. 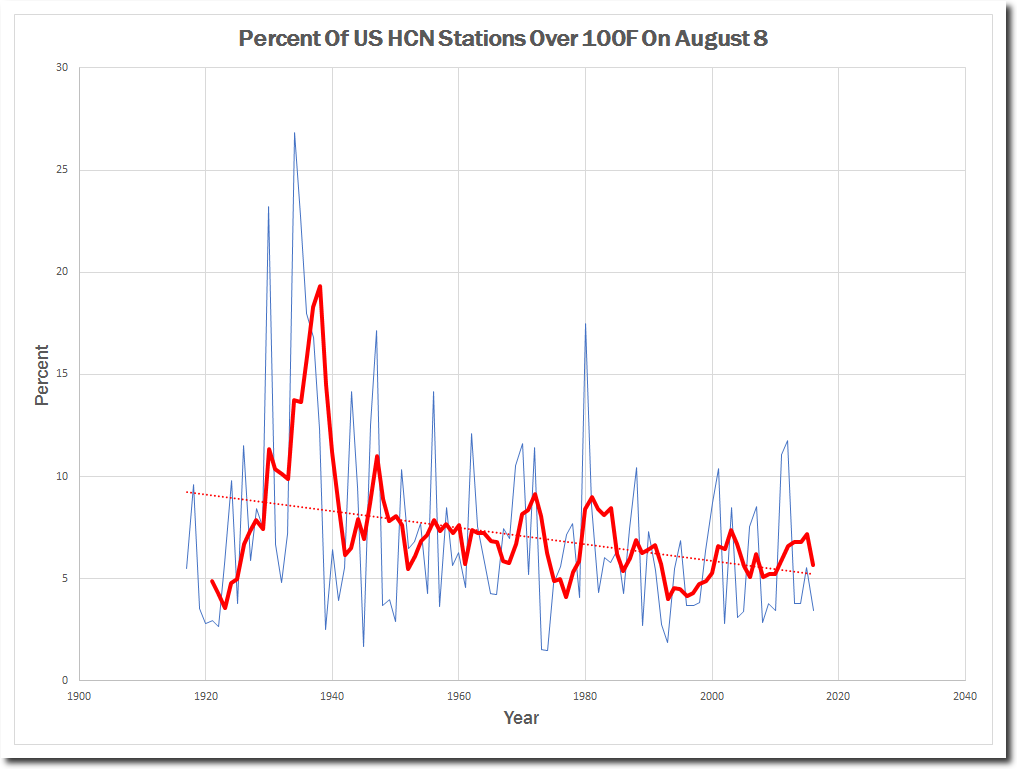 On August 8, 1934 the US was incredibly hot. Clarinda, Iowa was 114 degrees, 34 degrees warmer than tomorrow’s forecast. Much of the Midwest  was over 110 degrees. We don’t see heat like that any more in the US, and climate fraudsters depend on having a large portion of the populace too ignorant to know that they are lying.

3 Responses to August 8 Temperatures Plummeting In The US