Last year, experts announced that the Arctic would be ice-free in 2017. 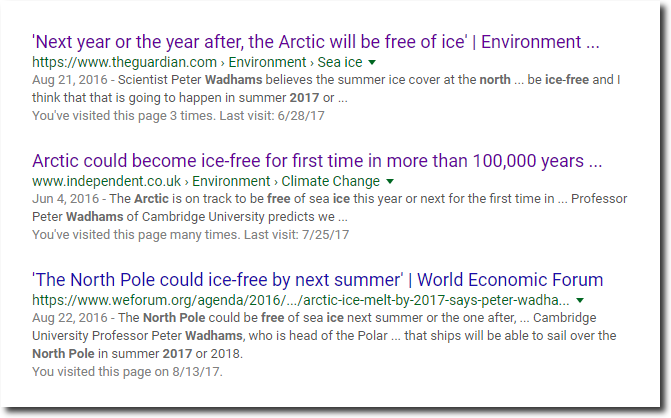 During the winter, they announced that the ice was melting at -30C, and had shrunk to a record low. Cold air has set in over the Arctic, and there isn’t going to be much more melting this year. It looks like the area of ice in the Arctic will end up about the size of Texas, like it has been in all recent years. 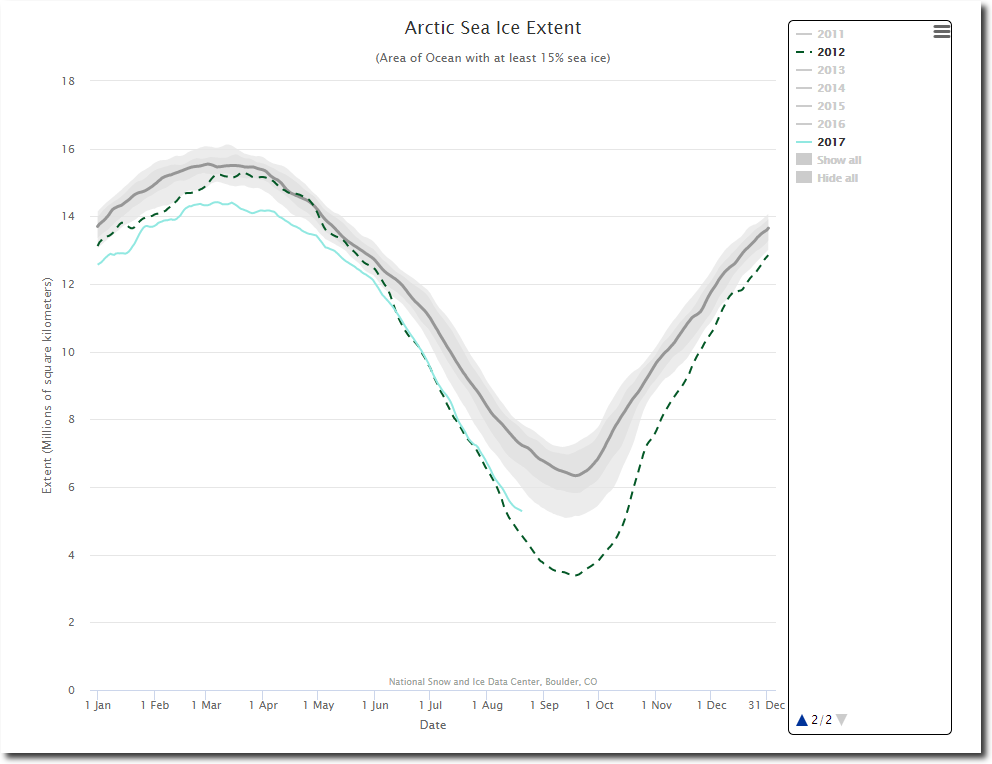 Whatever climate scientists tell the press, it is safe to assume the exact opposite is happening.