The Bush Family – Destroying America For Over 30 Years

In 1961, General Eisenhower warned America about the dangers of the Military Industrial Complex.

In 1988/1989/1990 I was dating Oscar Wyatt’s legal secretary. Oscar Wyatt was CEO of the Coastal Corporation, and is the real life person whom J.R. Ewing was modeled after in the TV show “Dallas.” So I was privy to the daily inner workings of (the very dirty) Texas politics. There were four powerful groups in Texas : the Bushes, Oscar Wyatt, John Connally and Ross Perot. John Connally was a narrow survivor of the deep state coup which killed JFK in 1963 (in Texas and put a Texan in the White House.)

Like Ronald Reagan, Wyatt, Connally and Perot hated the Bushes, though Wyatt and Connally bailed GHWB out when he wanted to bomb Iraq – and Saddam took thousands of western hostages as human shields. Wyatt and Connally traveled to Baghdad and convinced Saddam to release the hostages.  This allowed GHWB to have the Middle East war the Military Industrial Complex (MIC) always wanted (and Reagan wouldn’t give them.) Remember that Reagan bailed out of the Middle East after the Beirut attacks, which was not the result the MIC was looking for.

GHWB got elected in 1988 by repeating his “read my lips, no new taxes” lie over and over again. When GHWB ran for re-election in 1992, Ross Perot hated Bush so much he decided to sabotage his campaign. Perot ran as a third party candidate, for no reason other than to keep Bush from getting re-elected. Perot succeeded, took 18% of the vote, and put Bill Clinton in the White House.

The Bush family came back in 2000, and GWB decided to take out Iraq because of mean things Saddam had said about his daddy. (Bushes love bombing Iraq anyway.) This led to 9/11, and ultimately Obama and ISIS.

Fast forward to 2016. Donald Trump said mean things about Jeb Bush. so the Bush family went nuclear again. GHWB was long-time director of the CIA, supported Hillary, and is a hard core Military Industrial Complex deep-stater (i.e. “the swamp.”) The deep state then started the Russian hacking scam, to bring down Trump. (Remember that Mueller was appointed by GHWB, and Comey was Mueller’s protege.) 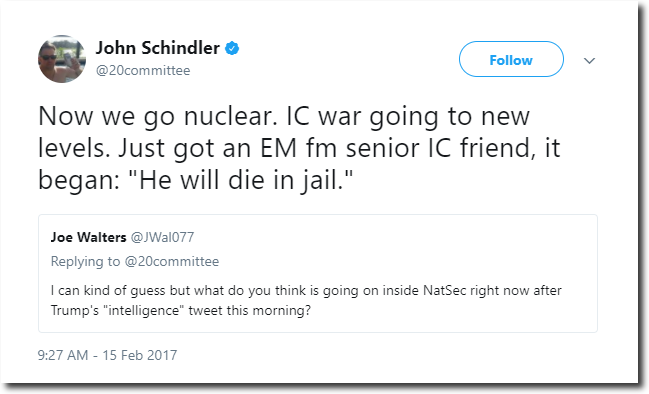 The coup wasn’t making much progress, so they got Rosenstein to write a memo to Trump telling him to fire Comey. Once Trump took Rosenstein’s bait, Rosenstein appointed GHWB’s man Mueller as a special prosecutor in a boundless investigation – to find some way to bring Trump down, thus protecting the swamp while avenging the mean things Trump said about little Jeb. (Nothing suspicious about Rosenstein’s behavior.- ROFL)

Mueller will definitely find something in his boundless witch hunt, and thus keep Trump from damaging the deep state Military Industrial Complex (aka “the swamp.”) The old saying is “a grand jury could indict a ham sandwich.” 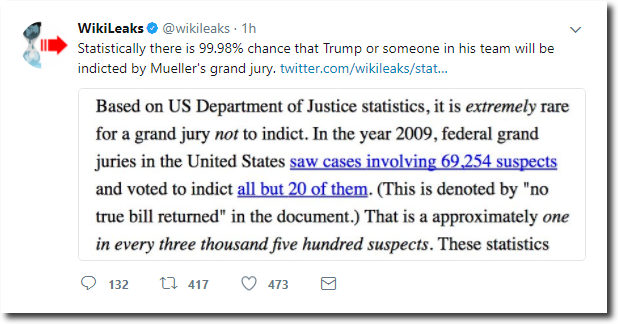 Four of the ten richest counties in America surround DC, because of Military Industrial Complex spending. That is why I was living there, working for defense contractors – who are the swamp which Trump threatens.  You can either fall for their fake news, or you can fight back against the deep state coup against Trump and the will of the American people. Our country is at risk. Don’t make any mistake about what is going on. It has nothing to do with Putin or Russia. It is about protecting the Military Industrial Complex, which Eisenhower warned us about almost 60 years ago. The very last thing the MIC wants is good relations with Russia. The cold war is worth trillions of dollars to them.

90% of the people living in the swamp are Democrats.