Unfortunate And Disturbing That Scientists Continue To Lie About The Arctic 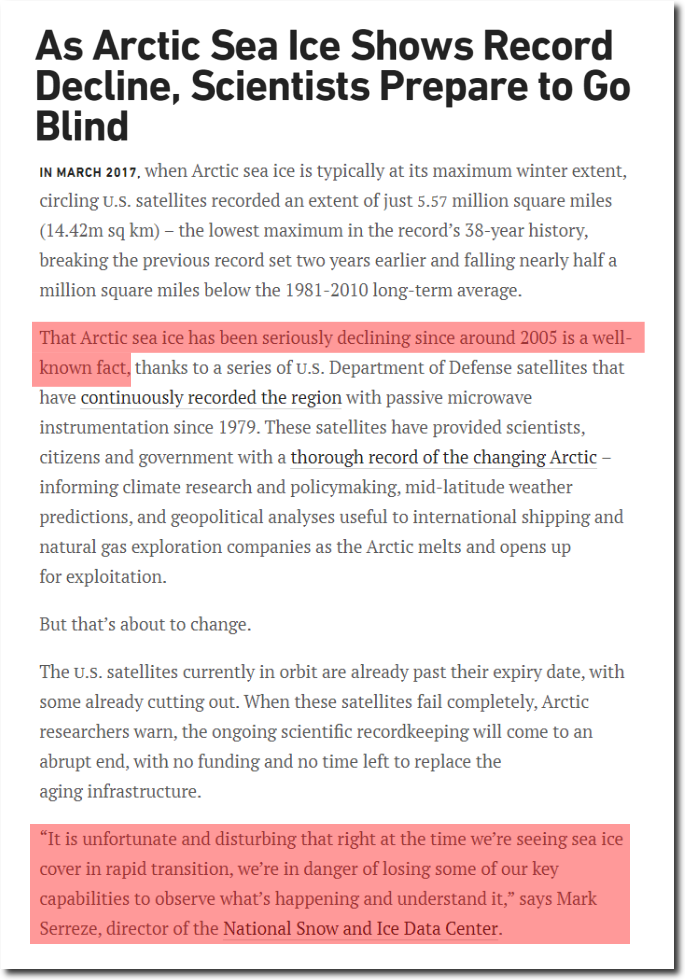 The only well known fact about climate is that government climate scientists lie about everything. According to Mark Serreze’ own data, there has been no trend in Arctic sea ice over the past decade. Arctic sea ice extent is fourth highest in the past eleven years. 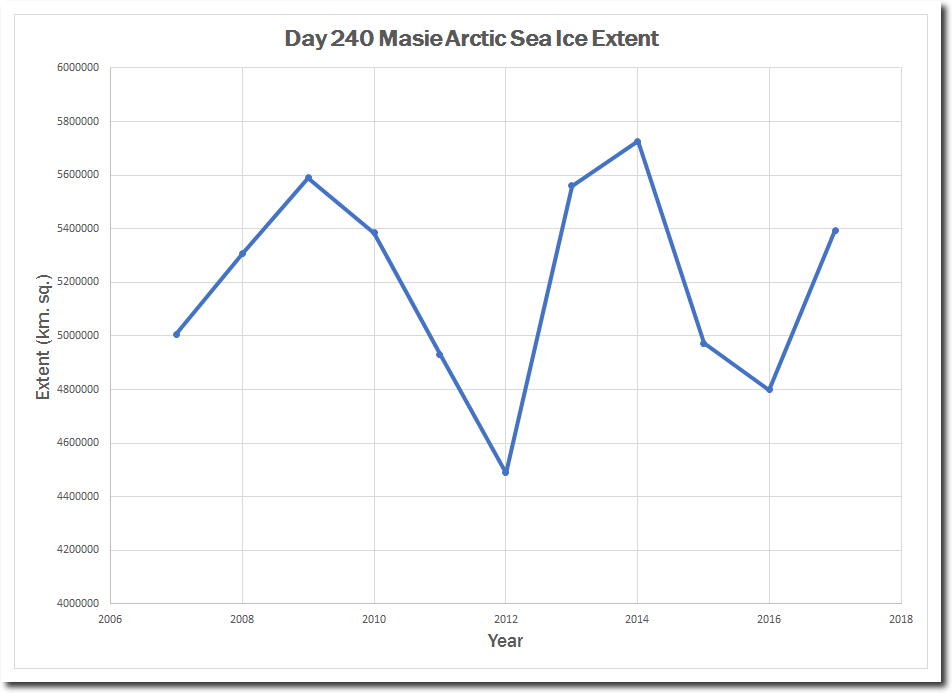 The only thing that has been declining since 2005 is the integrity and reputation of climate scientists.