A large group of government scientists are attempting to influence policy by leaking this report to the New York Times. The report is chock full of fraud, lies and data tampering. 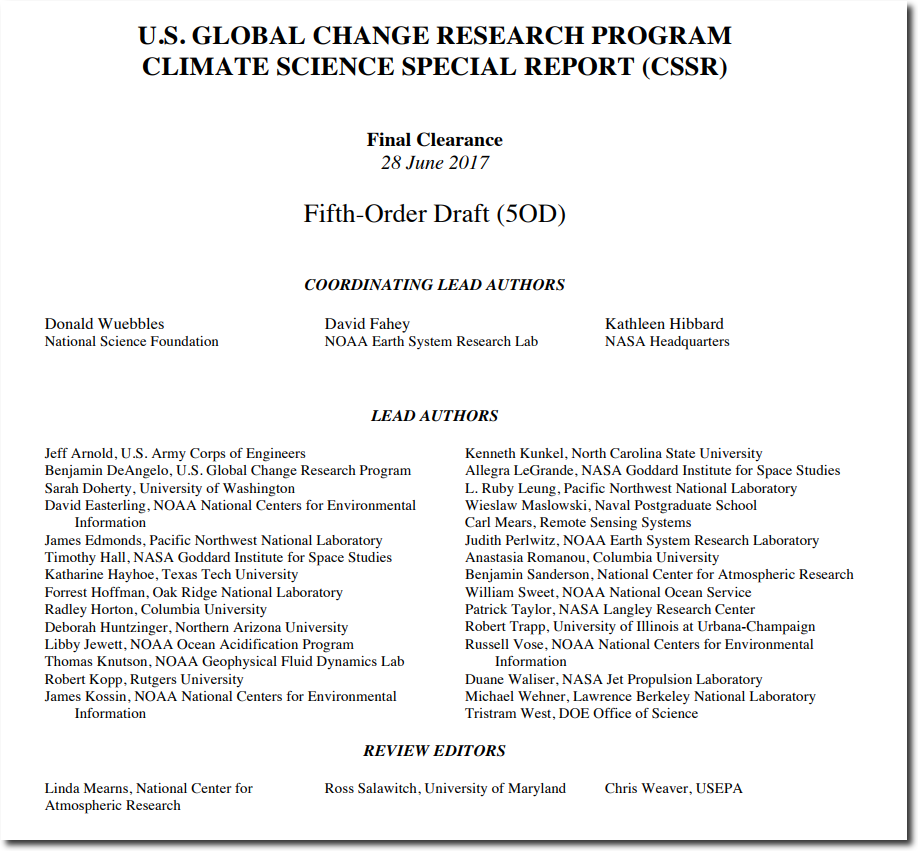 Let’s look at a few of the innumerable attempts to deceive the public in this report.

The report has one sentence saying “the Dust Bowl remains the peak period for extreme heat.” But immediately below that they have a graph which fails to show the extreme heat of the 1930’s. 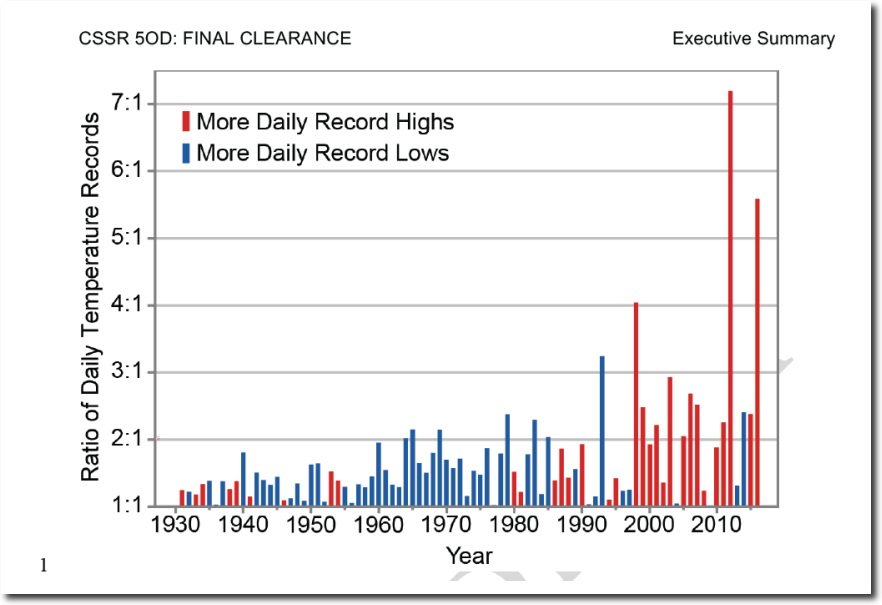 This graph above is a classic divide by zero error.  The frequency of both record lows and record highs has decreased. When you divide by a small number, you get a large number approaching infinity – as seen on the right side of the graph above. No serious scientist or mathematician would make that mistake.

Actual data using the most stable set of stations, shows a sharp decline in the number of both record maximums and record minimums in the US. Note that my graph below shows the Dust Bowl, while their fake graph doesn’t. Extreme heat and cold peaked in the US in the 1930s, and has been declining ever since. 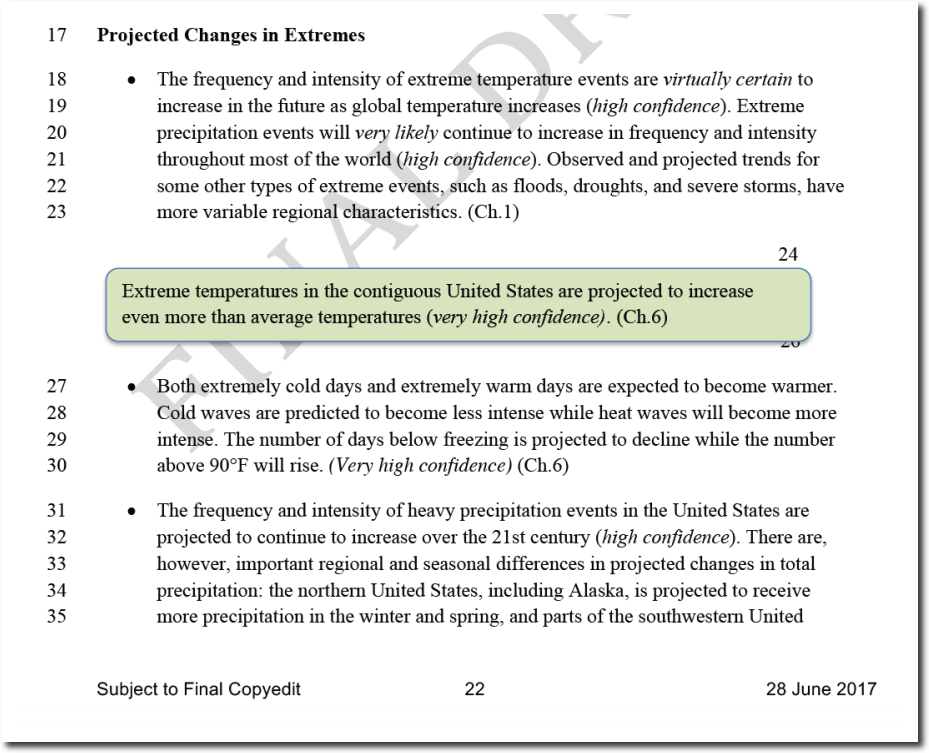 The NOAA actual data shows the exact opposite. The frequency of 90 degree days has plummeted in the US over the past century. You can also see why they are trying to hide the heat prior to the 1960’s – the US was much hotter prior to the 1960s.  Also note that this data is not subject to any adjustments, as NOAA does not adjust daily temperatures. I have very high confidence that these people are not scientists. No scientist would commit fraud like these people are doing. Final claim I am going to look at right now is this one saying that US temperatures have risen 1.8 degrees since 1901.

Actual NOAA data shows there is no trend in US temperatures, and that the hottest weather occurred eighty years ago. Note that my graph agrees with this 1989 report from NOAA, reported in the New York Times. The 1995 IPCC report showed no evidence of troposphere warming since 1958.

My graph also agrees with this 1999 report from NASA.

Empirical evidence does not lend much support to the notion that climate is headed precipitately toward more extreme heat and drought…. in the U.S. there has been little temperature change in the past 50 years, the time of rapidly increasing greenhouse gases — in fact, there was a slight cooling throughout much of the country All of the claimed warming is due to data tampering by these same government agencies since 1999.