Forty years ago, the front page of the Chicago Tribune featured astrologer Jeanne Dixon, and a warning that the West Antarctic Ice Sheet was going to collapse and drown us all. That was during the global cooling scare.

It was one of the coldest winters on record in the US. It snowed in Miami, and they blamed the Polar Vortex and California drought on global cooling. The National Science Foundation Program Manager said that in 1977 that collapse of the West Antarctic Ice Sheet had nothing to do with a warmer climate.

“We’re doing about the most we can do right now to study the possible collapse of the west ice sheet,” said Dr. Richard Cameron, NSF program manager for glaciology.

‘We’re seeing the West ice sheet on its way out,” said Cameron. “It seems to be dring something completely differ! eot than the east ice sheet. It has nothing to do with a warmer climate, just the dynamics of unstable ice.” 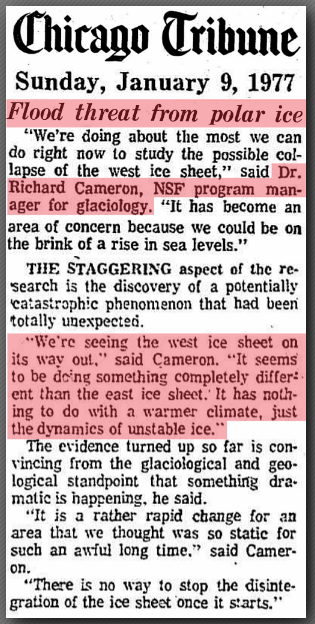 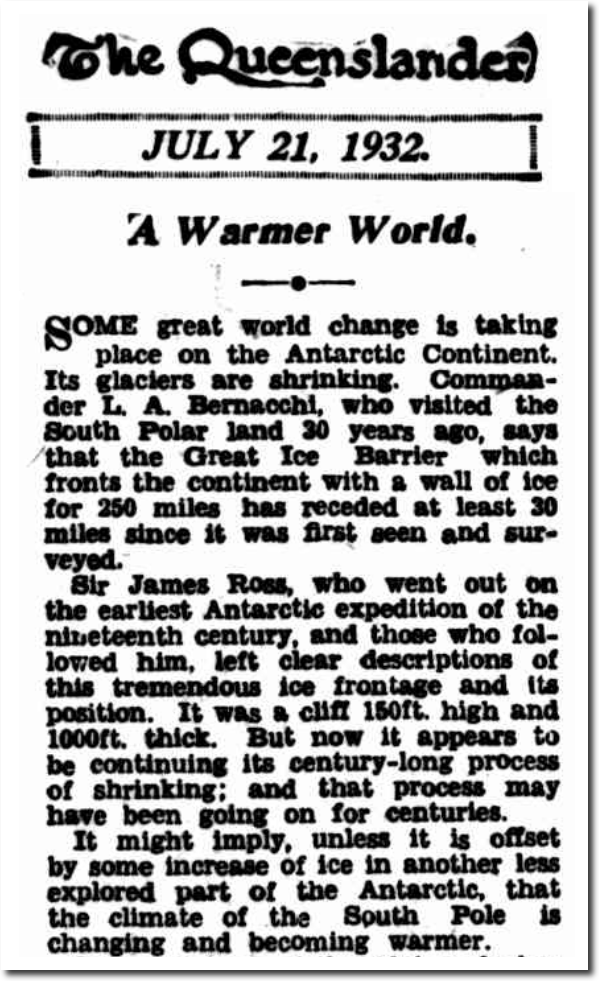 SOME great world change is taking place on the Antarctic Continent. Its glaciers are shrinking. Commander L.A. Bernacchi, who visited the South Polar land 30 years ago, says that the Great Ice Barrier which fronts the continent with a wall of ice for 250 miles has receded at least 30 miles since it was first seen and surveyed. Sir James Ross, who went out on the earliest Antarctic expedition of the nineteenth century, and those who fol lowed him, left clear descriptions of this tremendous ice frontage and its position. It was a cliff 150ft. high and 1000ft. thick. But now it appears to be continuing its century-long process of shrinking; and that process may have been going on for centuries.

But facts, history and data don’t make any difference to climate alarmists. They have a huge money making scam to maintain, and will say anything to keep their criminal venture alive. 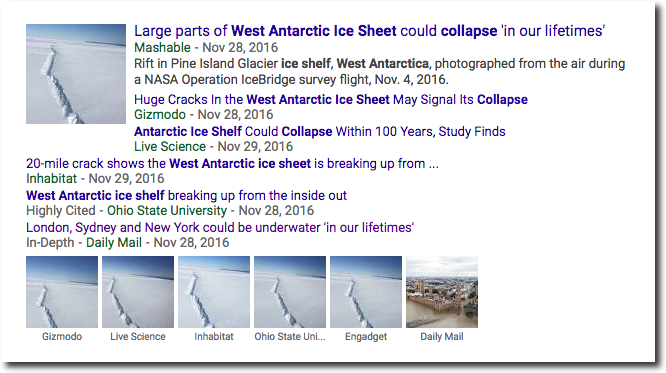 14 Responses to Astrology And Climate Science