Barack Obama playing pocket pool during the National Anthem in 2008 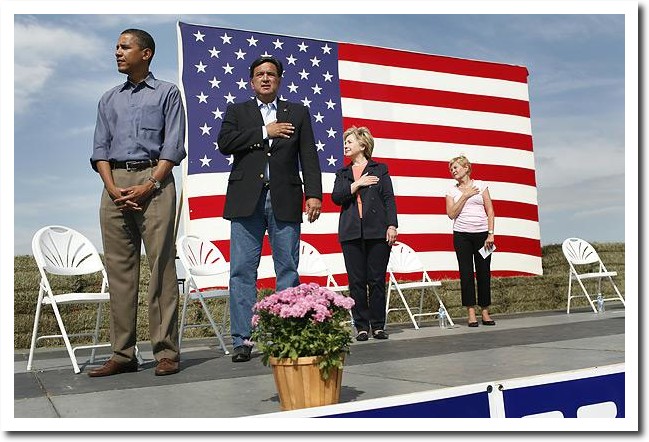