Plummeting September 18 Temperatures In The US

September 18 used to be a hot day in the US, but temperatures have plummeted over the past century. On this date in 1925, temperatures were over 100 degrees in much of the Midwest and South. 1925 was also the year of America’s deadliest tornado.

The tornado occurred right after record March heat, with 80 degree temperatures in Indiana and Ohio.

On this date in 1926, Miami was destroyed by a hurricane in America’s costliest natural disaster. The storm had 140-150 MPH winds and a ten foot storm surge. 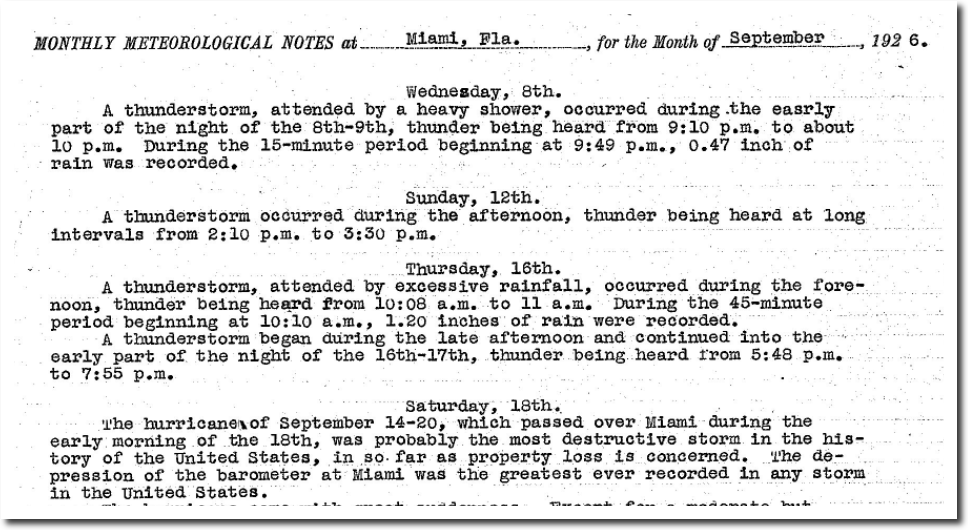 Government climate experts don’t want you to know about any of these things. Their job is to rewrite history and make the past disappear. 2 Responses to Plummeting September 18 Temperatures In The US