Eleven Years After The Demise Of Whistler

Eleven years ago, the fake news New York Times announced the demise of Whistler ski area due to global warming. 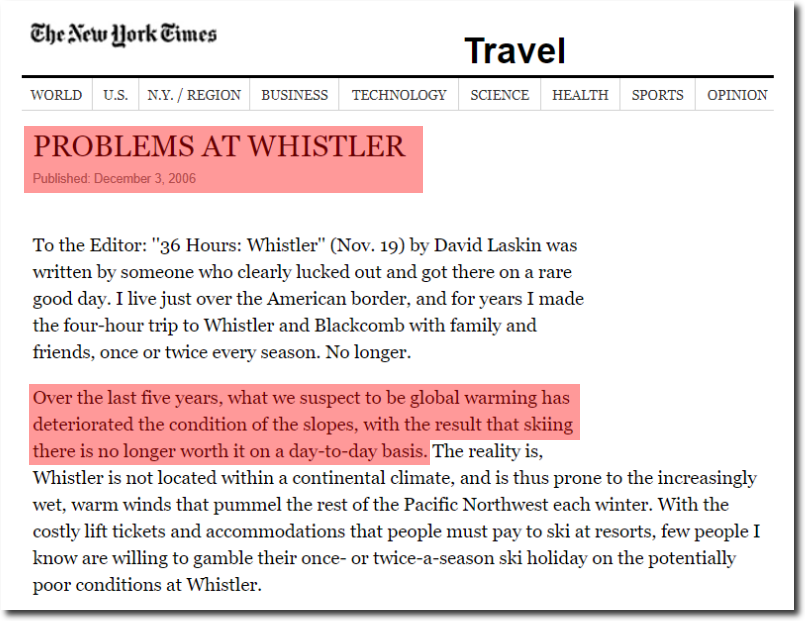 This year. Vail Resorts bought Whistler for one billion dollars, and Bloomberg declared it to be the best ski resort in North America. Whistler, North America’s Best Ski Resort, Is About to Get Even Better – Bloomberg

6 Responses to Eleven Years After The Demise Of Whistler