And their criminal cohorts in the press have aided and abetted their crimes.

Unfortunately for the climate mafia, there is enough evidence out on the Internet to hold years of climate racketeering trials.

In 1975, the World Meteorological Association said the 1940’s warmth was extraordinary, and the cooling trend since 1940 was “real enough.”

The cooling trend observed since 1940 is real enough, he says, but not enough is known about the underlying causes to justify any sort of extrapolation. Particularly dangerous would be any attempt to generalize from even shorter-term experience, like the bad weather in 1972 and following years, to prognosticate any future weather patterns. On the other hand, the cooling since 1940 has been large enough and consistent enough that it will not soon be reversed, and we are unlikely to quickly regain the “very extraordinary period of warmth” that preceded it. Even this mild diagnosis can have “fantastic implications” for present-day humanity, Wallen says. In 1923, the Arctic was seeing a radical change in climatic conditions, with hitherto unheard-of high temperatures on that part of the earth’s surface. Glaciers were disappearing. 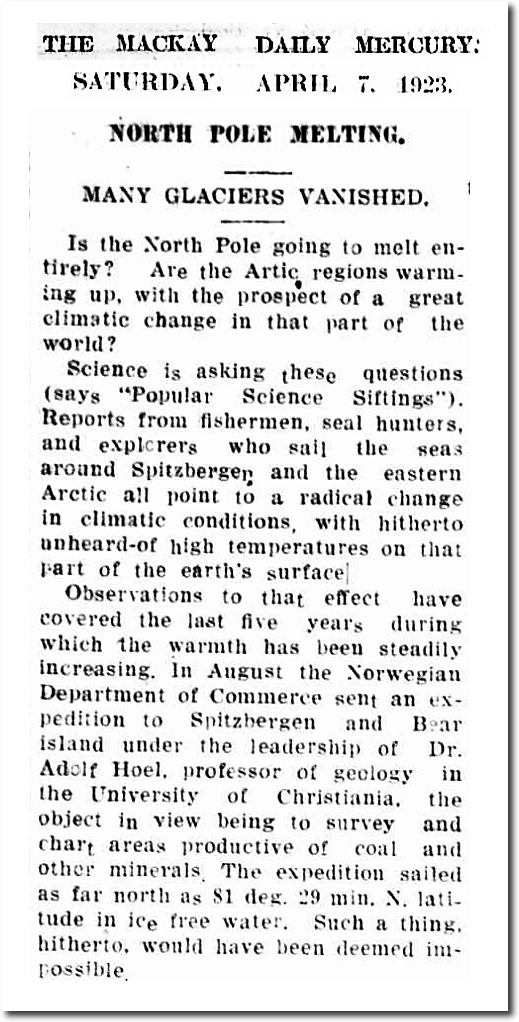 Scientists were forecasting the disappearance of Glacier National Park’s largest glacier before 1950. By 1940, Greenland glaciers were disappearing and nearing a  catastrophe.

By 1952, the glaciers of Norway and Alaska had lost half their mass. 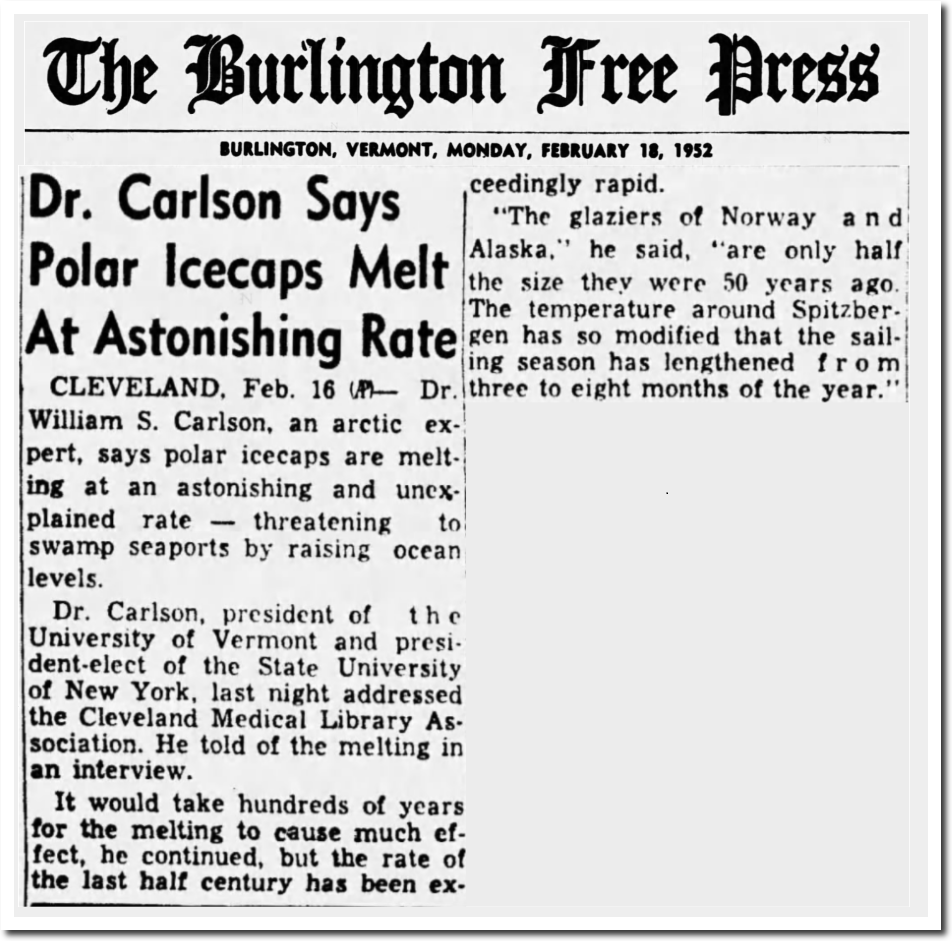 By 1958, the New York Times was forecasting an ice-free Arctic within a generation.