Three years ago, Anthony Watts announced that I was worse than Michael Mann – because I said 40% of USHCN stations were missing. Anthony also conflated the frost point with the freezing point, as did many other commenters on his blog. 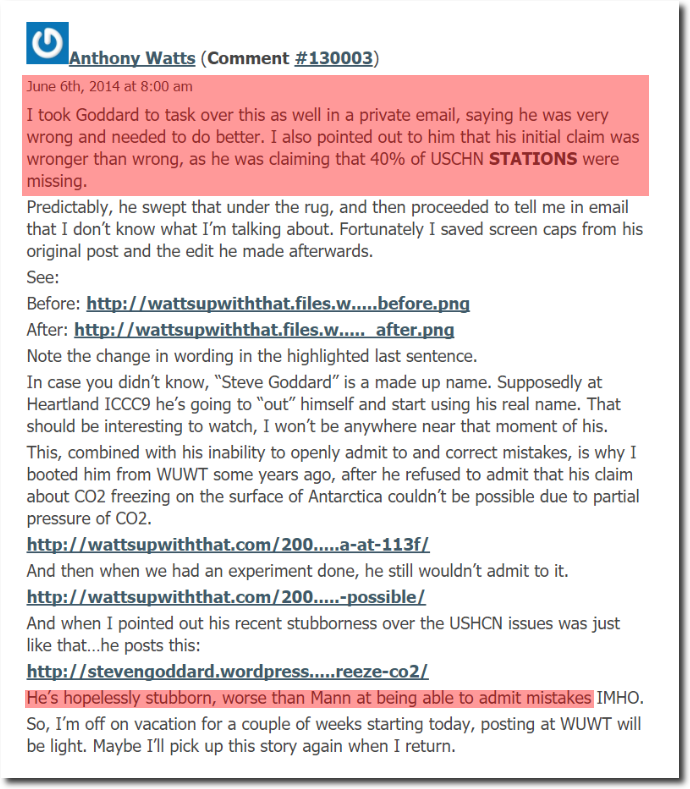 Water freezes at 0C, but ice won’t accumulate on the surface until it the temperature gets below the current frost point.  This is because sublimation is happening faster than freezing. The frost point is determined by the partial pressure of H2O. The freezing point is independent, and is fixed at 0C. Same concept is true for CO2. The fact that a person doesn’t have any savings, doesn’t necessarily mean they aren’t getting paid. It just means they are spending money faster than they are making it.

No matter how many times I tried to explain this simple concept, I couldn’t make any headway. I have had to put up with this nonsense for almost a decade.

I still have people throwing Anthony’s comment at me. 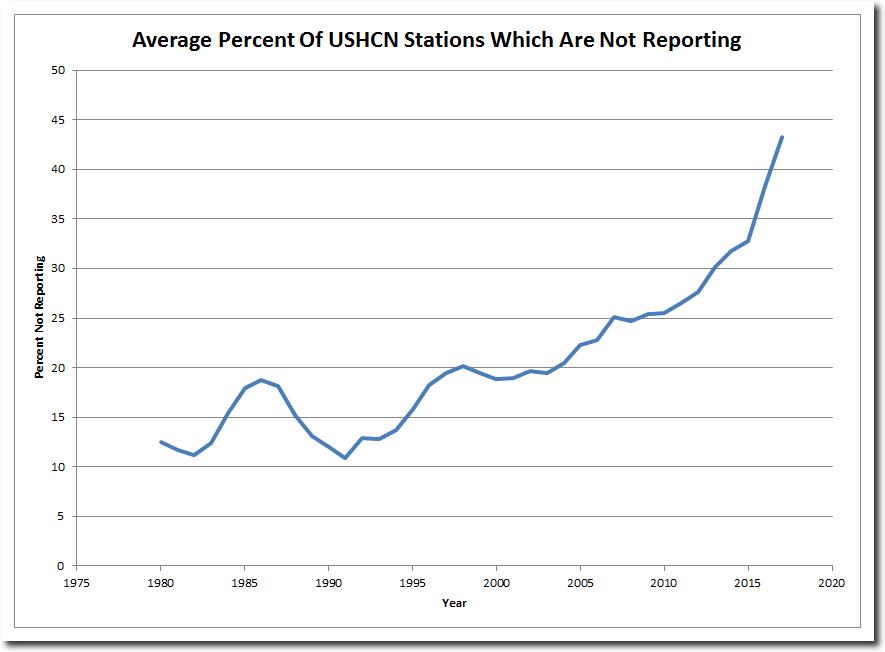 I’m working very hard to get the message of data tampering out, and often have to fight people on both sides of the imaginary climate change debate.

48 Responses to “Worse Than Michael Mann”