The winter heat wave continues in London with the temperature early this morning only four degrees below that of June. Roses are blooming in Wales, daffodils in the south of England, and spring flowers are plentiful in parts of Scotland, usually snow covered at this time of the year. Even on high hills there is not a speck of snow. 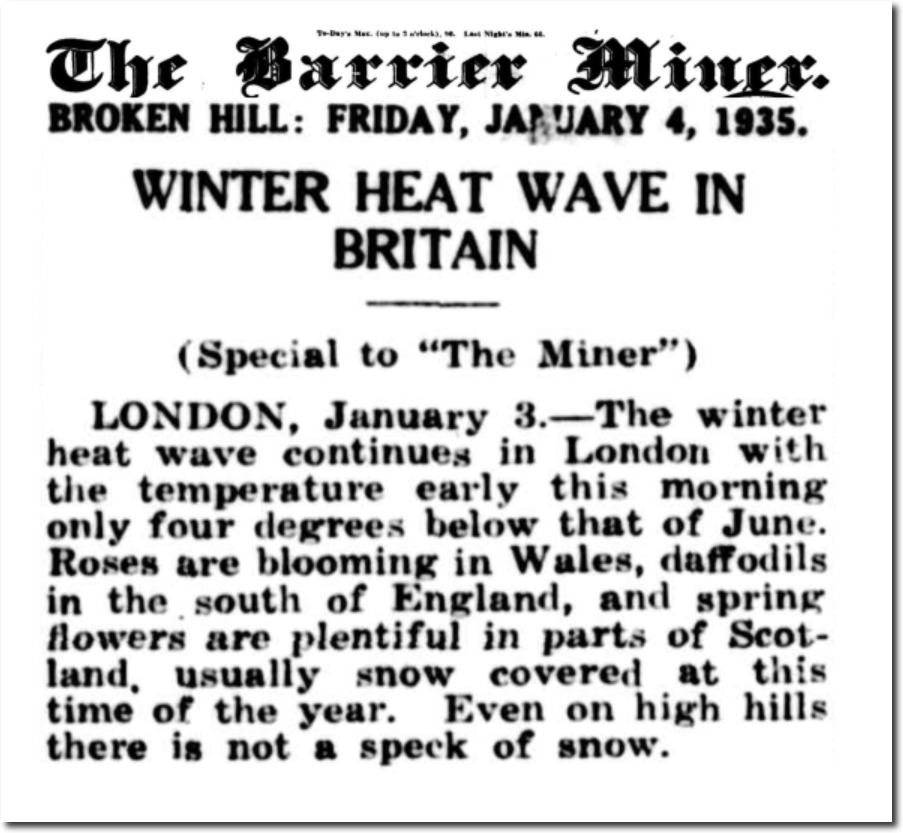