A Cult Based On Misinformation

The Washington Post Capital Weather Gang is making more unsupportable claims about weather, and attributing it to climate. They say heatwaves are getting worse, that India is having record heat, and that last May was hottest on record in the US.  None of these claims are true. India was hotter in June 1935, and just as hot in other years. 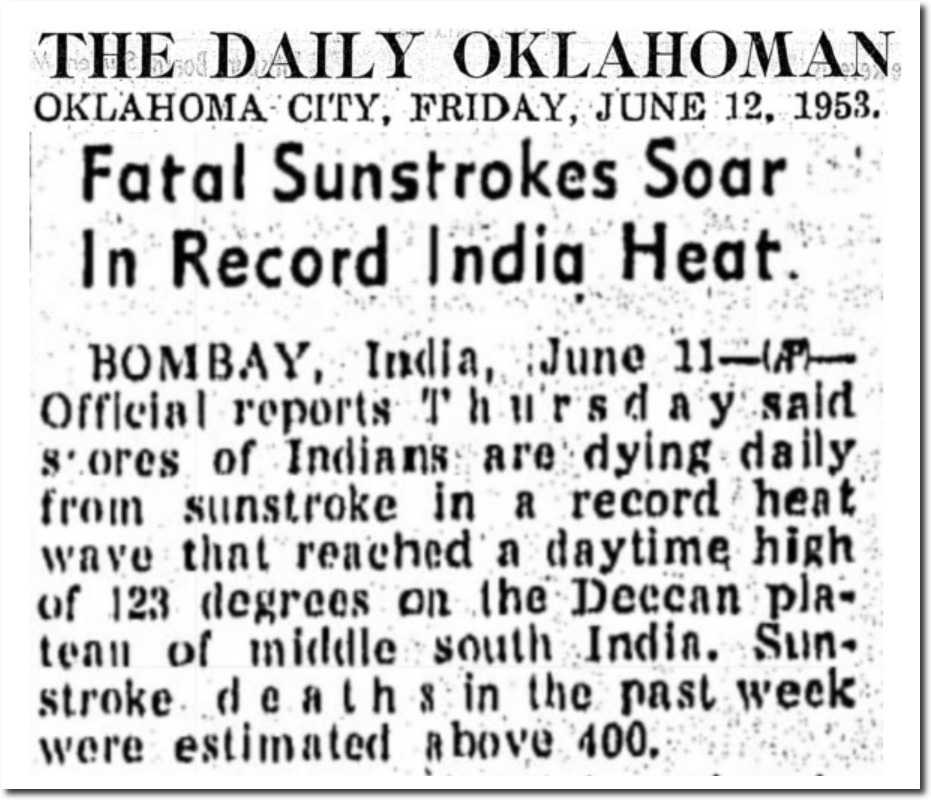 Last May was not a particularly hot month in the US.  It had a high average maximum temperature (third highest  after 1934 and 1936) due to a lack of cold fronts, but there was little hot weather. May 1934 was much hotter in the US, with unprecedented heat of 109 degrees in Iowa and 108 degrees in Minnesota. The whole country was blistering hot. According to the National Climate Assessment, heatwaves have dropped off sharply in the US over the past 90 years.

Climate alarmism is based largely on fake statistics, and always has been.

7 Responses to A Cult Based On Misinformation