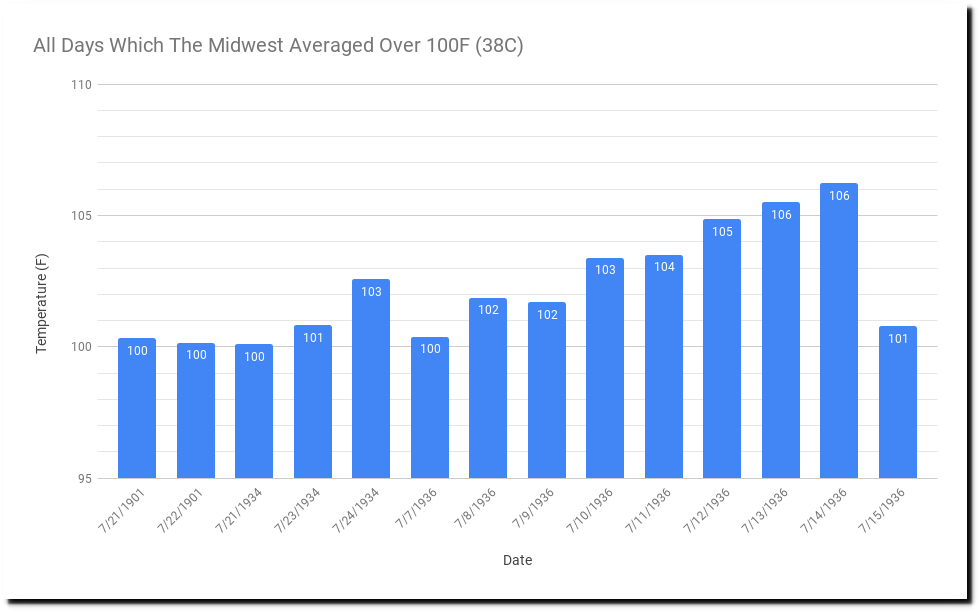 It is now very rare for Midwest temperatures to average over 90 degrees, and the average Midwest July/August temperature has dropped three degrees since the 19th century. 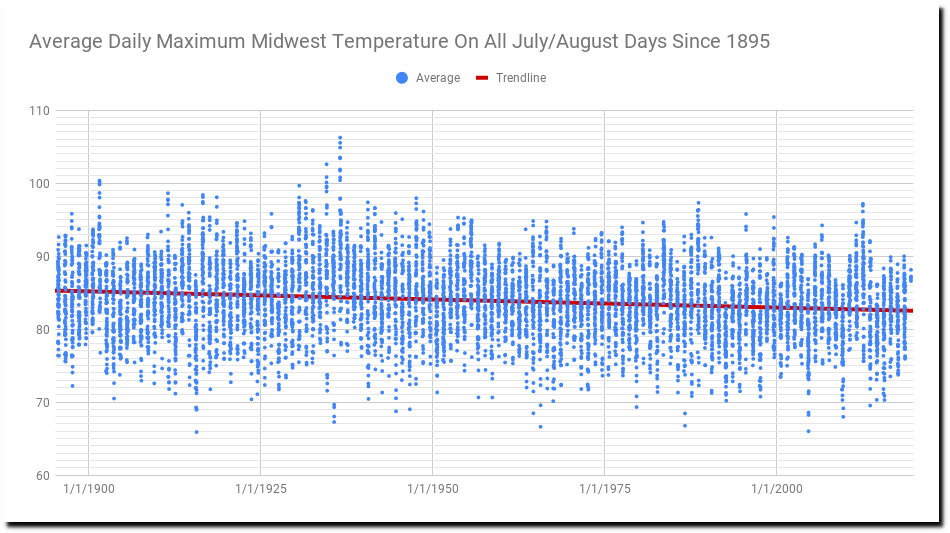 The hottest days have dropped about four degrees since the 19th century. 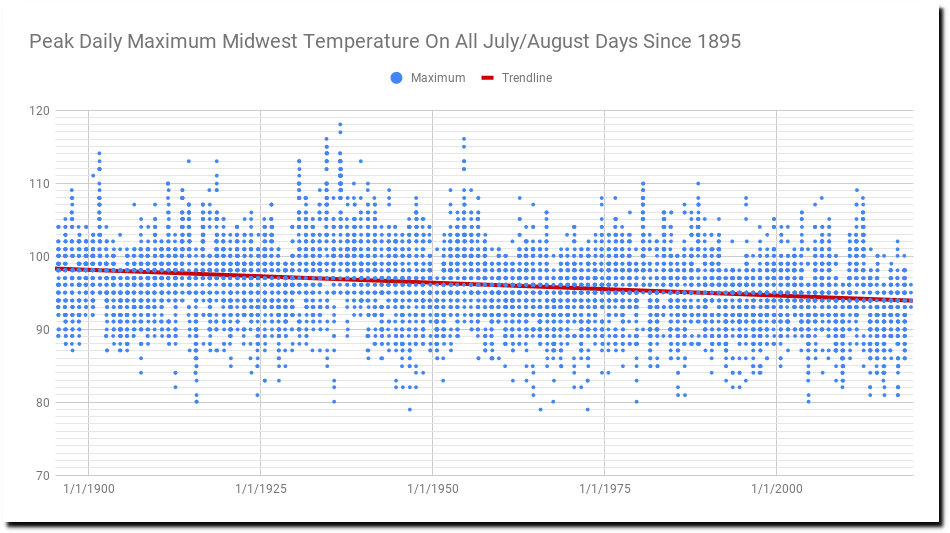 Meanwhile the criminals at the Union of Concerned Scientists claim the exact opposite, and want you to sign a petition that you “stand with science.” They hid all the pre-1955 temperatures in their report, but even for the time period they covered they still are lying. NASA and NOAA are doing exactly the same thing – hiding the heat of the 1930s.  Huge amounts of money are dependent on keeping the climate scam alive.