To anyone with a higher IQ than a turnip, it should be obvious that snow is associated with cold. But Michael Mann and Kevin Trenberth apparently don’t.

Colder winters in New York tend to have more snow. Warmer winters tend to have less snow. All ten of New York’s snowiest winters had below normal or normal temperatures. 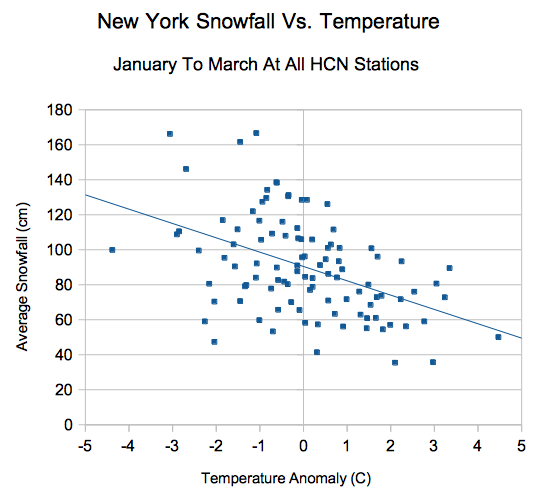