Gavin thinks he can massively tamper with data, and no one will notice. 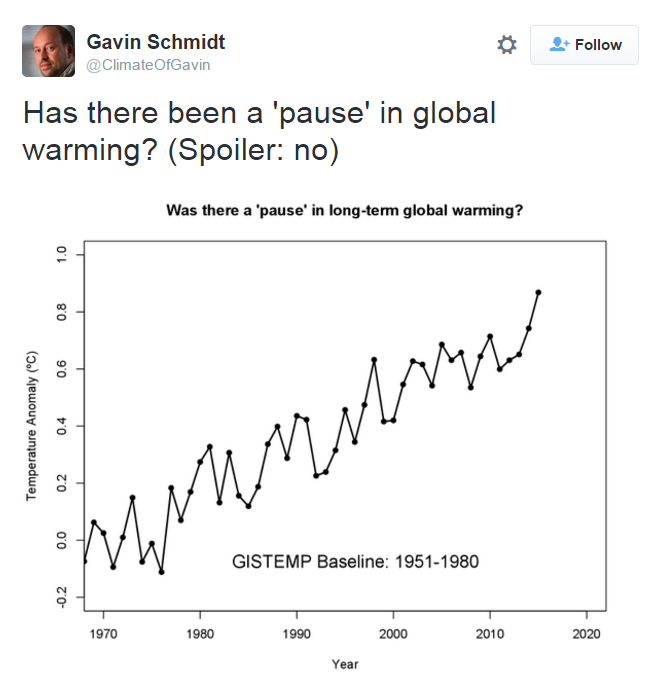 He has doubled global warming by simply altering his own data over the past 15 years.

He also ignores satellite data which shows that his temperature data is complete garbage, and that temperatures have not risen this century. 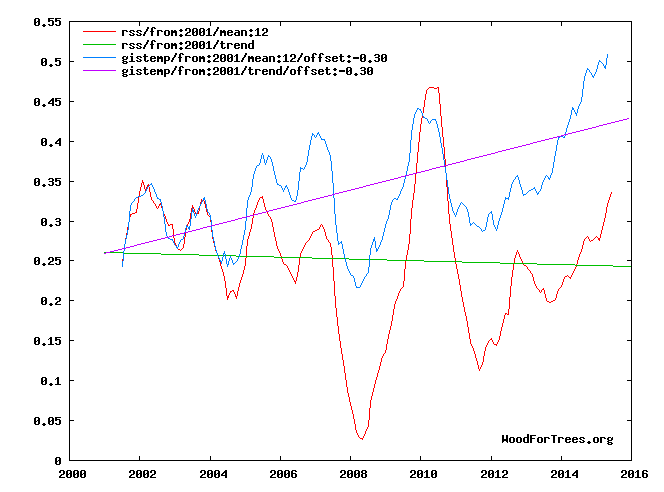 The fact that the US space agency is ignoring satellite data, is a pretty strong indication that the agency has collapsed into a hopelessly corrupt and decadent state.

21 Responses to No Pause In NASA Climate Science Corruption