NOAA claims that 2015 was the second hottest year on record in the US.

In fact, it was one of the least hot years on record in the US, ranking in the bottom ten of areal coverage of hot weather. During the 1930’s ninety percent of the US reached 95 degrees. Last year only 65% of the US made it to 95 degrees. 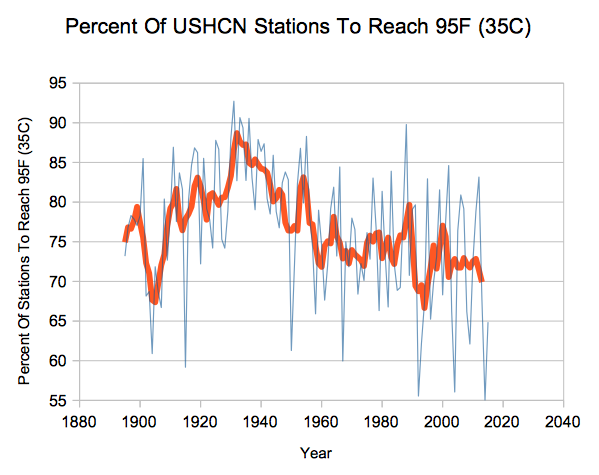 Last year also ranked near the bottom for frequency of hot days, which have also plummeted since the 1930’s. 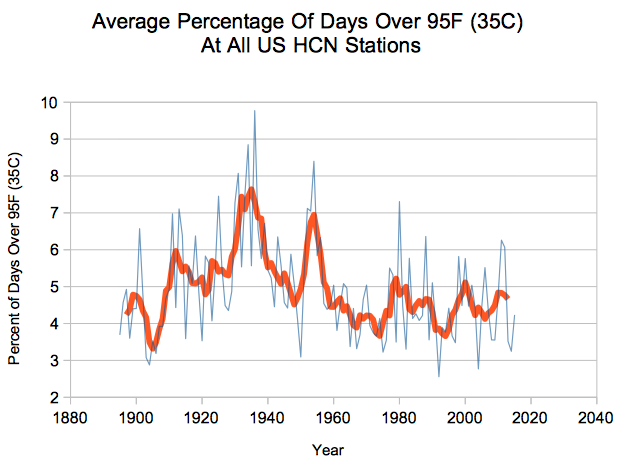 This data is not in dispute and is not subject to any NOAA adjustments. Claims that 2015 was a hot year in the US are simply fraudulent.