Skiing Is A Thing Of The Past

Ten years ago, British Columbia skiing was declared to be doomed. 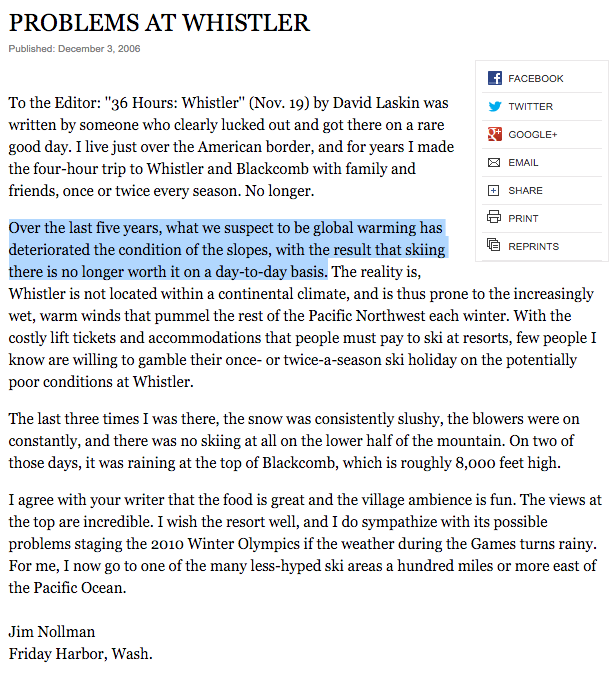 They are having a record breaking ski season this year – NASA’s hottest year ……. ever. 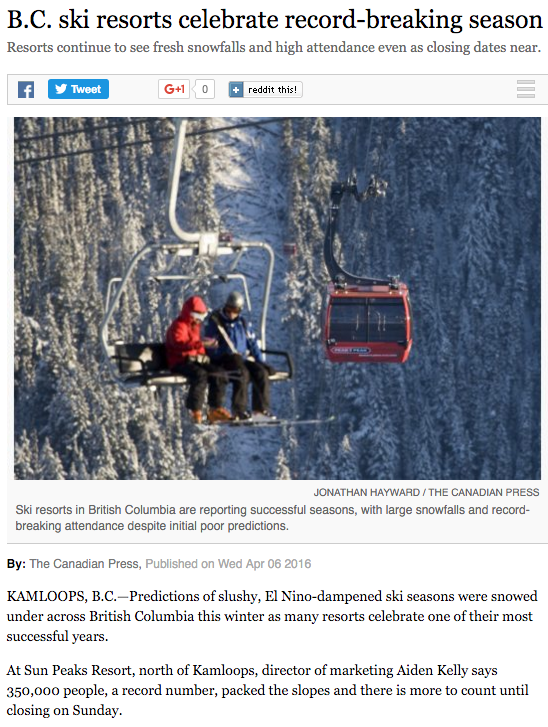 11 Responses to Skiing Is A Thing Of The Past