Alterations To Surface Temperatures Since 1974

The graph below shows how NASA has been steadily erasing the 1940’s blip, and subsequent 1940 to 1970 global cooling. 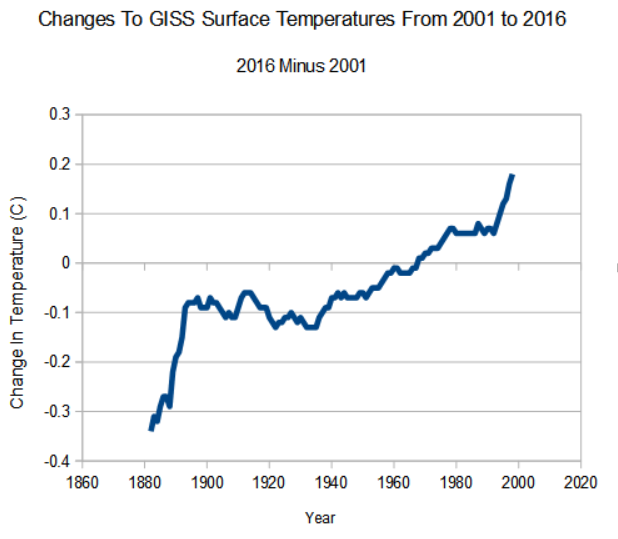 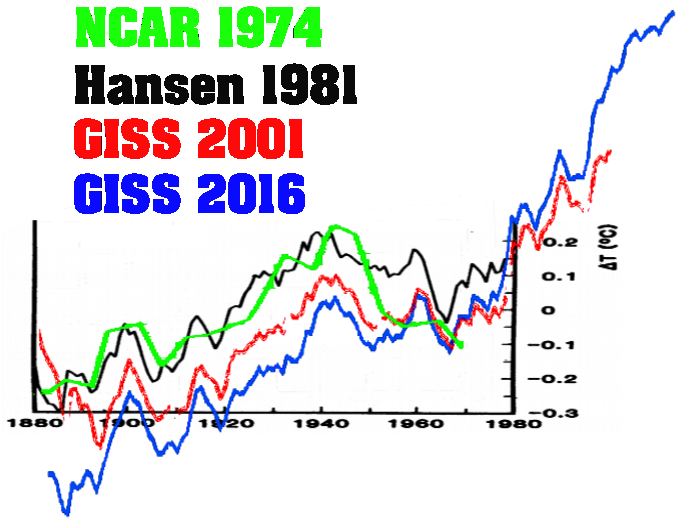 Note above how all of the NASA graphs show renewed warming starting around 1967, yet that warming does not appear in the NCAR graph. Similarly, in 1978 NOAA did not show any surface or troposphere warming through 1977.

In 1978, it was reported by an international team of specialists that there is “no end in sight to the cooling trend of the last 30 years” They also reported southern hemisphere data was too meager to be reliable, and that the Arctic ice cap was growing. They blamed the expanded polar vortex on global cooling.

In Climategate E-mails, the team made clear their desire to manipulate the temperature record and remove the post-1940 cooling.

In another Climategate E-mail, Phil Jones said that much of the southern hemisphere data was “mostly made up.”

It is 100% clear that the NASA temperature record is complete garbage, and that they are simply shaping curves to match the global warming agenda.

5 Responses to Alterations To Surface Temperatures Since 1974