The Arctic is very cold, and is not melting. 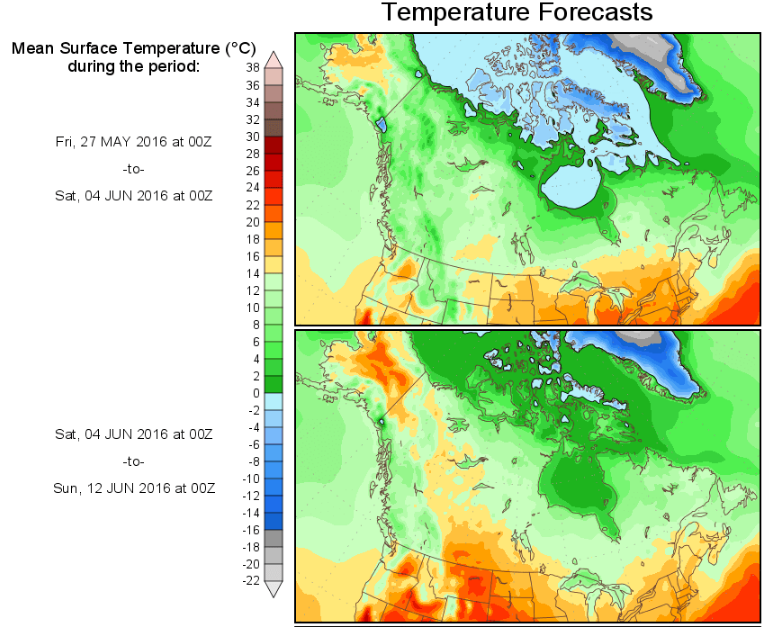 There has been little change in Arctic ice extent over the last three days. 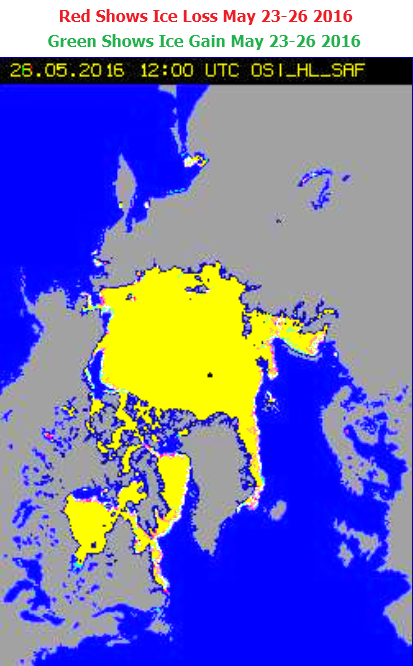 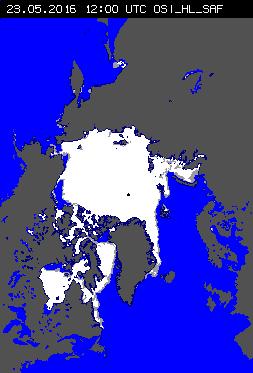 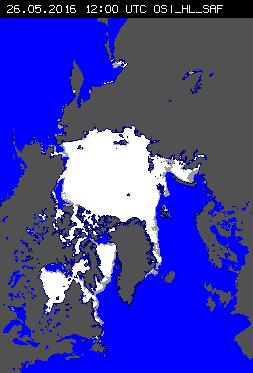 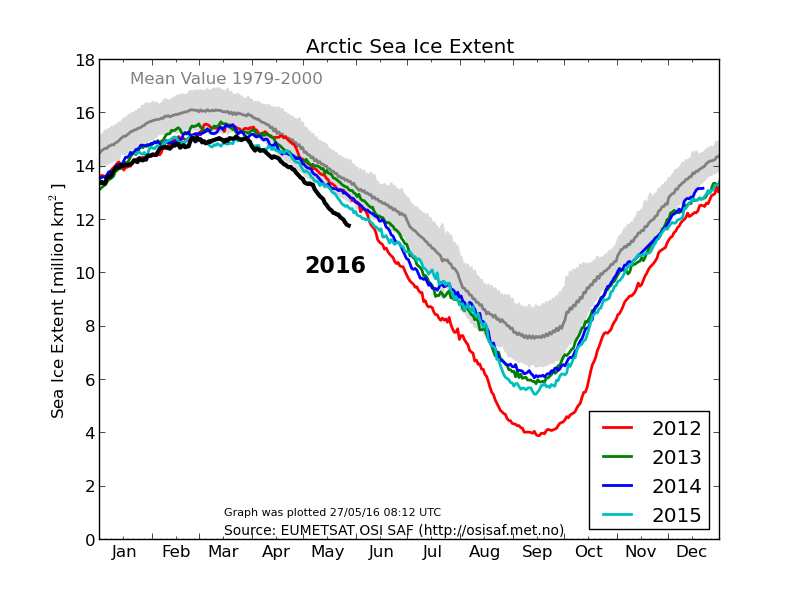 The amount of ice in the Arctic is almost exactly the same as this date last year. 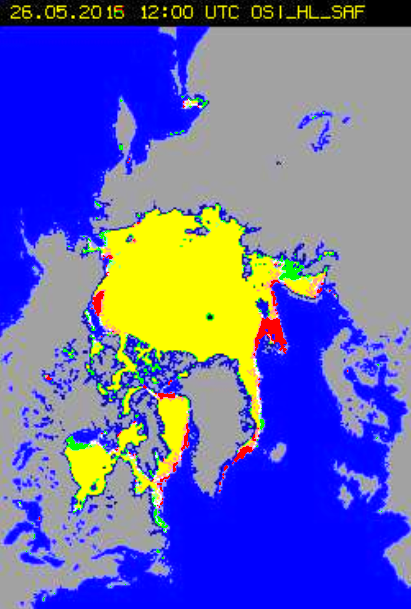 The mystery Arctic melting seems to be occurring somewhere outside the Arctic.