In 1966, scientists knew that man-made CO2 was going to freeze us to death. 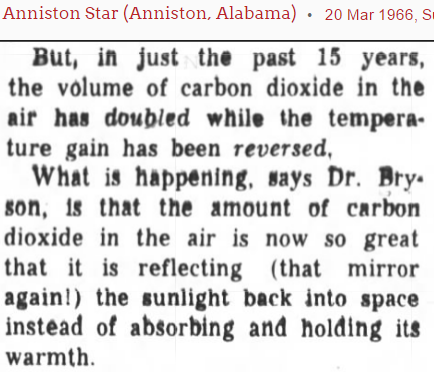