Physics Today has achieved spectacular new levels of climate fraud. They show wildfires plummeting over the last 80 years, and conclude from this that fires are going to skyrocket. 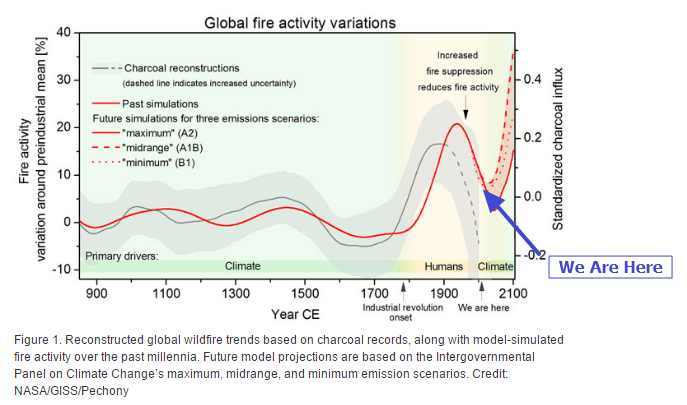 Western US wildfires in an increasingly warming climate

Because government funded science means ignoring all of the evidence.