Temperatures are forecast to remain below freezing over the Arctic Basin for the next two weeks, well into the normal melt season. 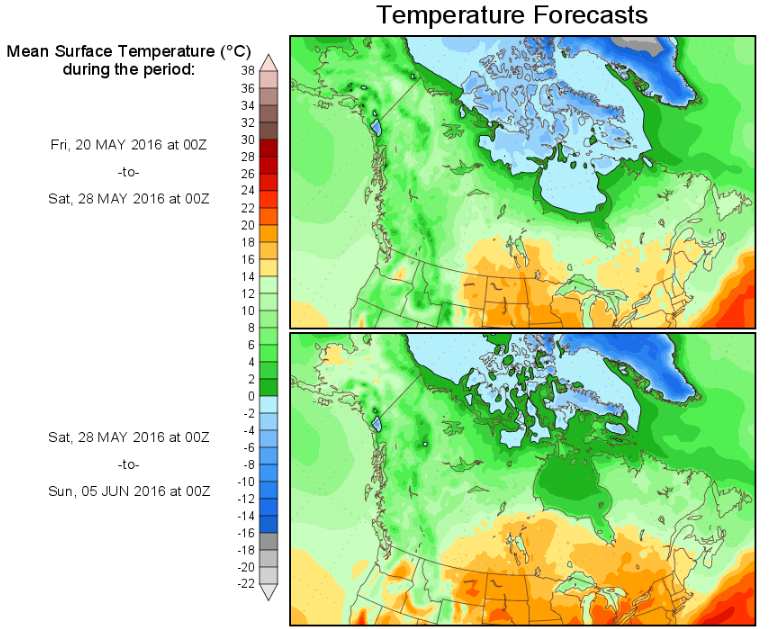 There is almost no melting occurring. 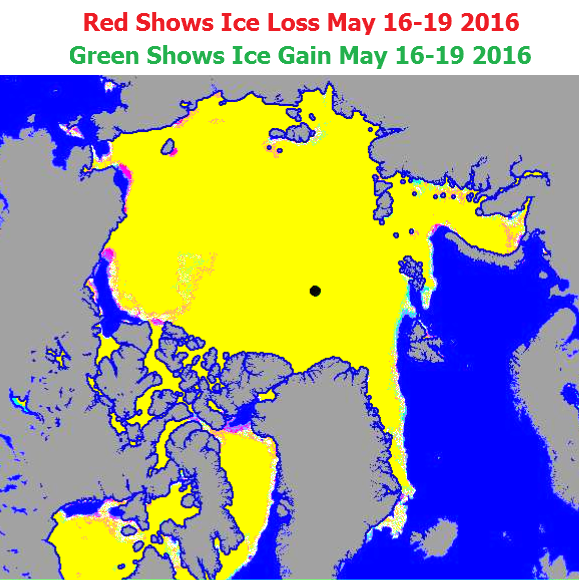 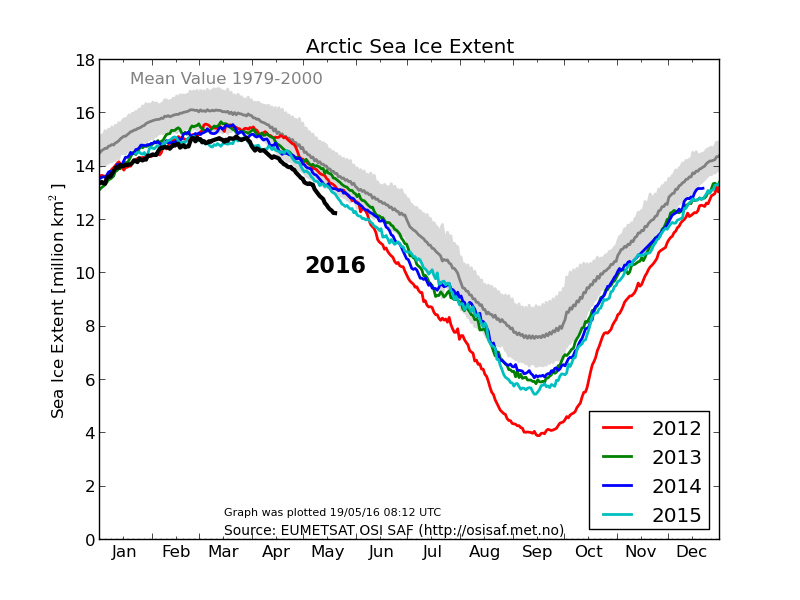