The USHCN Time Of Observation BIAS (TOBS) adjustment is based on the idea that thermometers reset in the afternoon tend to double count hot days and thus produce a warm bias. For example, Warrenton, MO reset their thermometer at 5PM from 1923 to 1976, so NOAA deducted about 1.5 degrees to compensate. 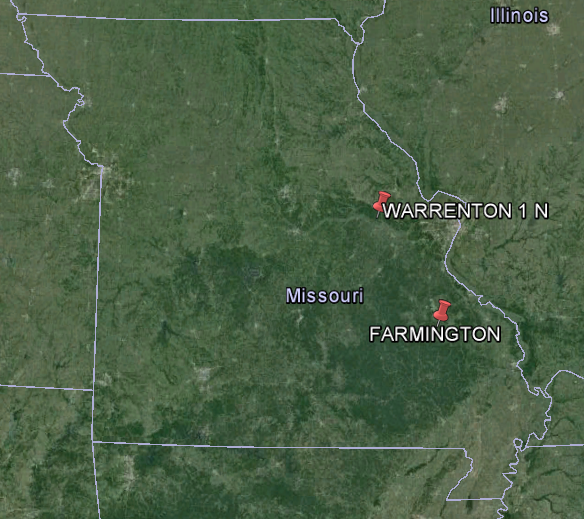 The theory doesn’t work. Farmington summer maximum temperatures (red below) are nearly identical to Warrenton temperatures (blue below.) Only exception is 1935, which is missing data at Warrenton.

TOBS theory simply does not work in practice.

15 Responses to TOBS Adjustment Is Garbage