Obama Making His Own Climate Reality

The White House says that global warming is increasing heatwaves and killing people.

The Impacts of Climate Change on Human Health in the United States: A Scientific Assessment

Obama probably should have asked his EPA – who say the exact opposite. Heatwaves are way down from the 1930’s. Hardly anybody dies in the US from heatwaves any more. 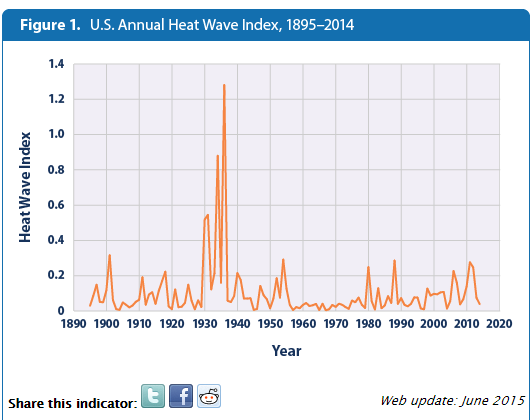 The White House simply makes facts up, in order to scare people into following their political agenda. It  has nothing to do with climate science, or acceptable human values.

10 Responses to Obama Making His Own Climate Reality