Earth’s atmosphere is cooling at the fastest rate since satellite records began in 1979. Since February, temperatures have cooled nearly half a degree centigrade – the largest three month drop on record. 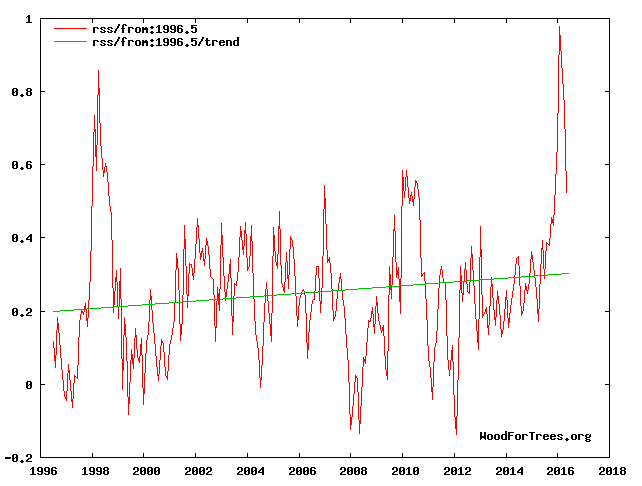 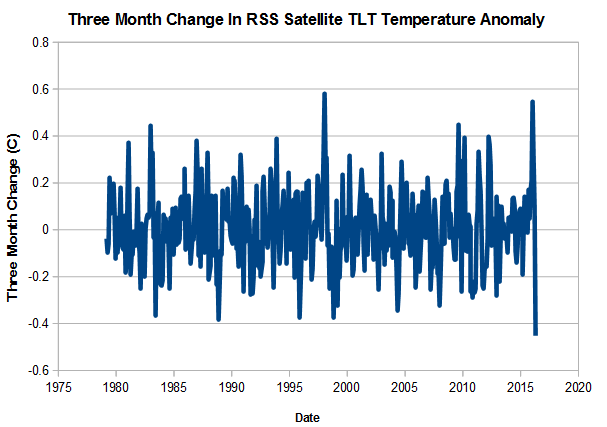 They are wrong, like they are about everything else. 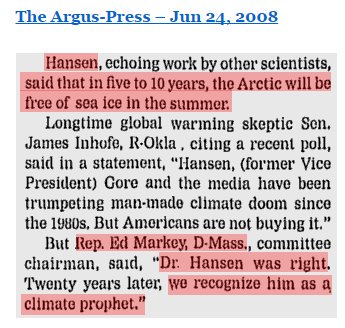 131 Responses to Atmospheric Temperatures Plummeting At A Record Pace