In 1974, the International Atomic Energy Association said that global cooling climate disasters were the new normal. 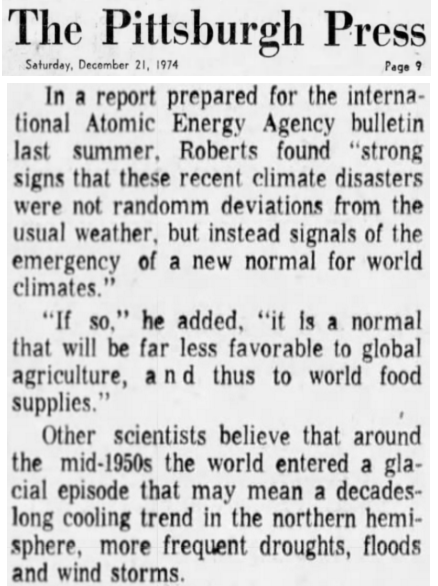