The fraudsters at NASA are back at again telling people that the Arctic got greener from 1984-2012 due to climate change which is happening everywhere. 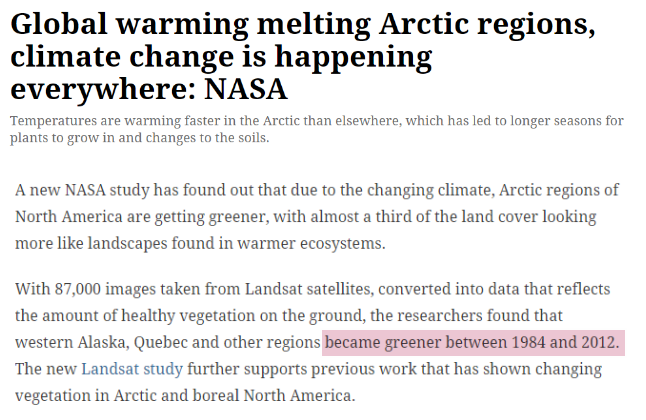 They picked 1984 as the start date because it was a very cold period near the bottom of the Atlantic Multidecadal Oscillation (AMO.) The Arctic and the rest of the world warmed cyclically since 1984 – just as it did from 1910 to 1940. 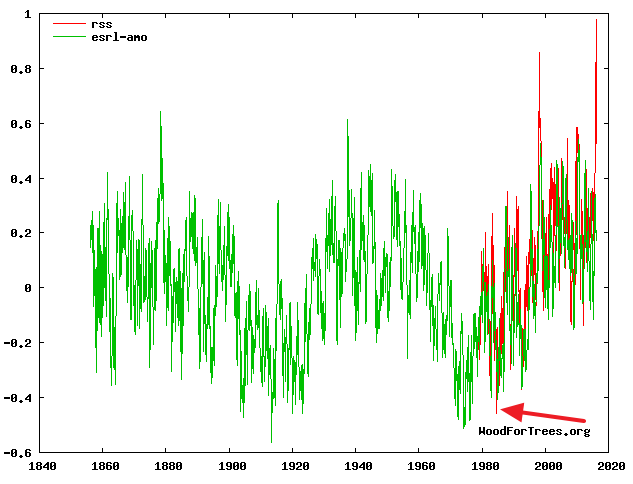 The cyclical warming is particularly clear in the Arctic.

In 1947, scientists reported that the Arctic had warmed 10 degrees. 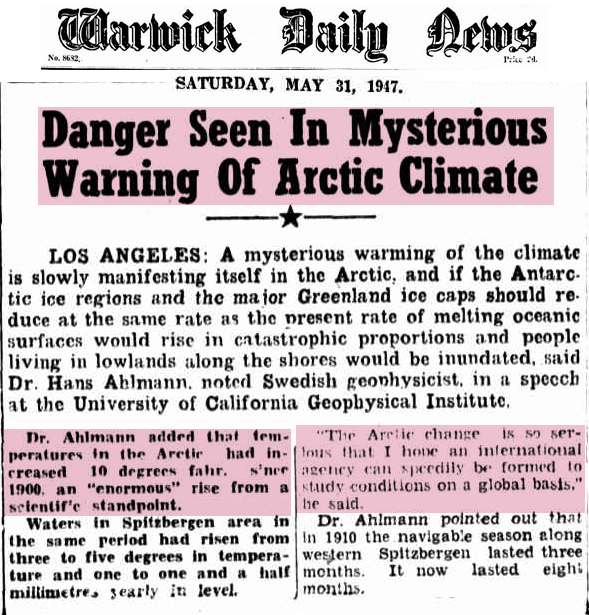 31 May 1947 – Danger Seen In Mysterious Warning Of Arctic Climate

So how does NASA deal with past Arctic warming?  They simply erase it.

Make no mistake about it, this is the biggest scam in science history.