Posted on November 2, 2016 by tonyheller

I’m headed down under tomorrow to help set the record straight. BOM just released this graph, showing the same fake hockey stick which NASA shows, and no 1940-1970 global cooling. BOM cleverly deleted all of the pre-1910 Australia data. 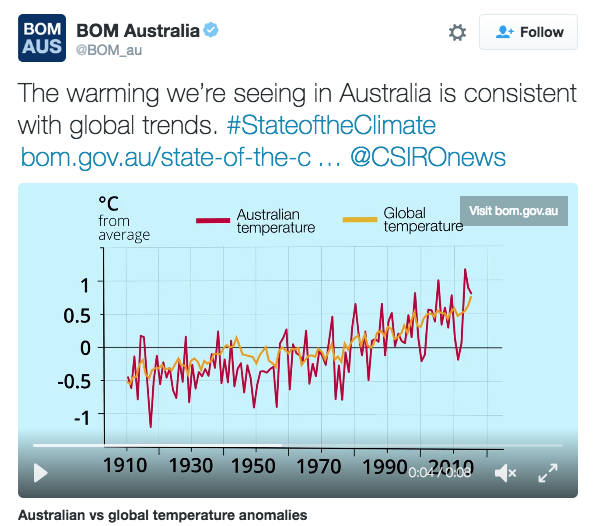 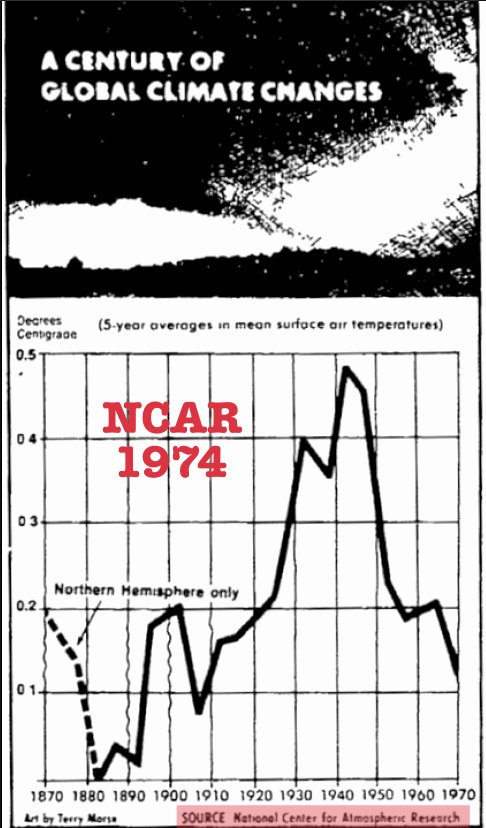 BOM started their graph at the coldest decade in Australia’s history, and deleted all the pre-1910 temperatures which show Australia hasn’t warmed over the last 140 years.

But it gets worse. Maximum temperatures are much cooler now than they were prior to 1910. 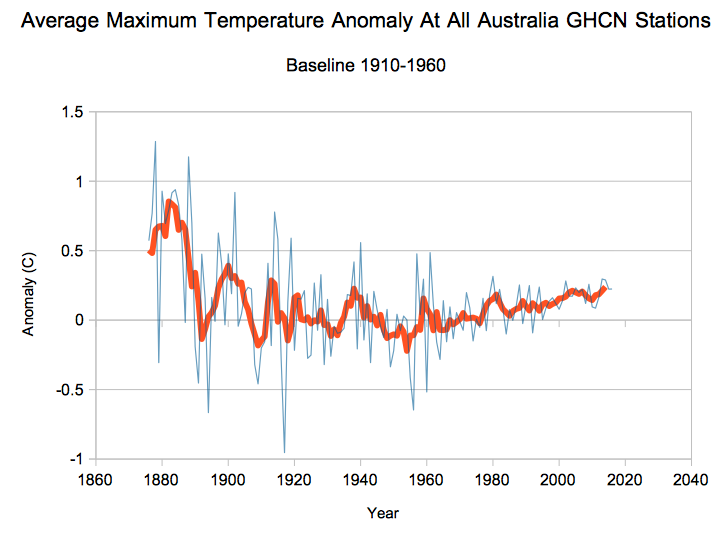 The frequency of hot days has plummeted over the past 110 years in Australia. 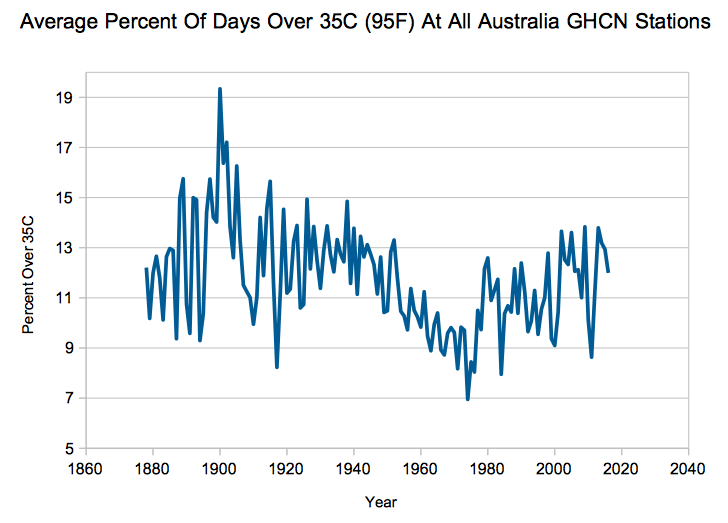 BOM’s excuse for tossing the pre-1910 data is poor thermometer siting, but they are more than happy to use thermometers like these. 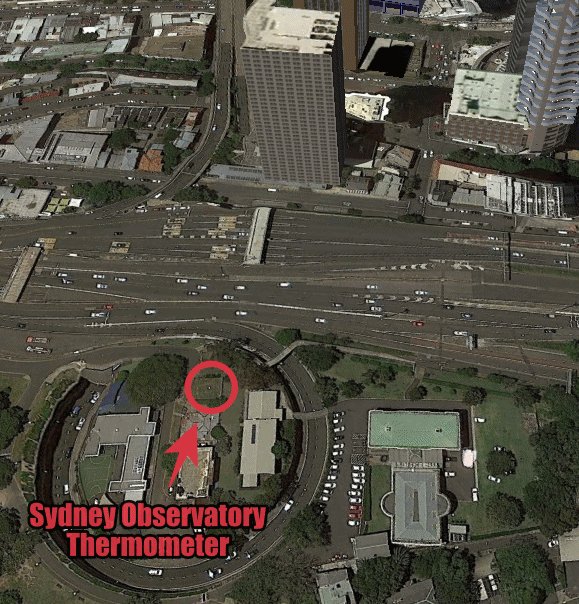 The hockey stick is based on cherry picking and manipulation of a tiny temperature range of less than one degree. Done by people who are willing to cheat more than one degree.