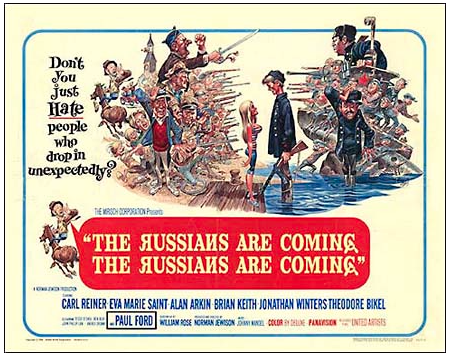 The 1966 movie “The Russians Are Coming” was a comedy about a small New England town where the people were certain they were being attacked by Russians. President Obama is attempting to bring this same comedy to the US fifty years later.

However, Obama’s re-release seems to be falling flat on its face. Critics have panned it as lacking credibility, devoid of any humor, and having zero entertainment value.