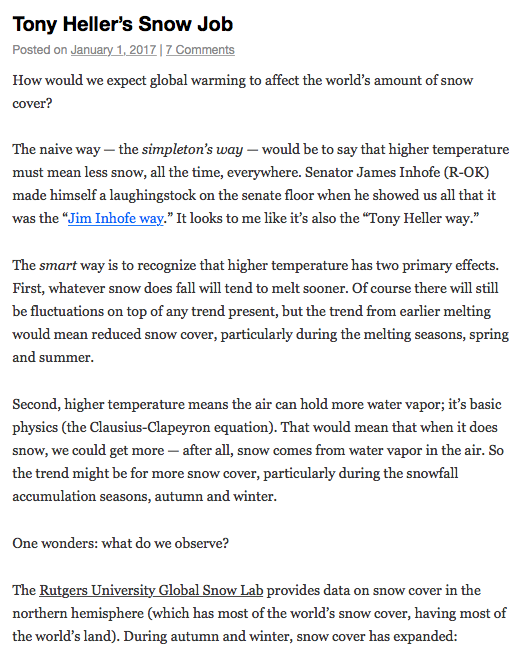 Increasing winter snow extent is an indication that the freeze line is moving south, i.e. winters are getting colder in the mid-latitudes. There is always enough moisture in the air in the Gulf Coast states to produce precipitation, but unless there is cold air it will fall as rain rather than snow.

On February 12, 2010 there was snow on the ground in all 50 states. Only a complete moron would try to claim that snow in Florida is due to increasing temperatures. Snow extent increases when cold air dips into the deep south. 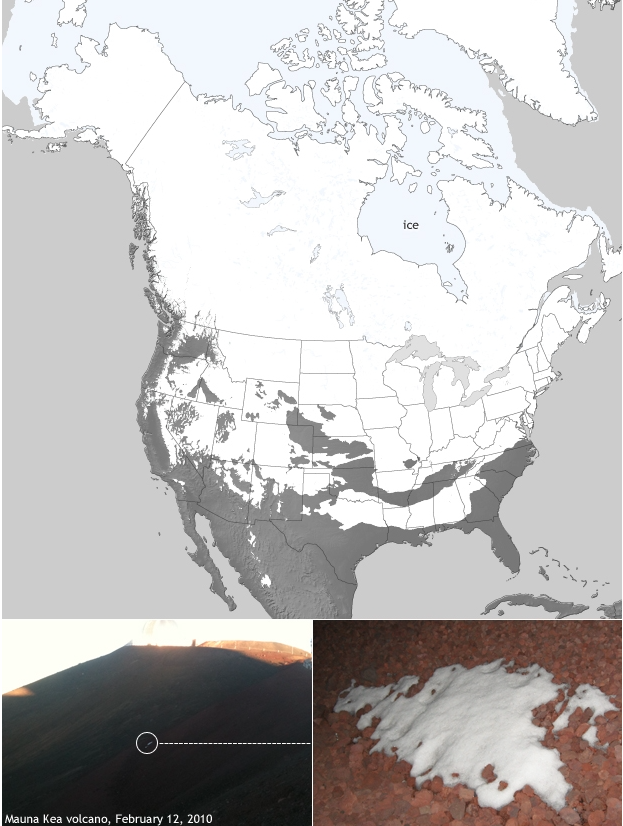 Five years ago this week, all 50 states had snow on the ground | NOAA Climate.gov

Then Tamino tries to claim that for the whole year snow cover is decreasing. This also is complete nonsense.  Snow cover has increased substantially since late 1980’s and early 1990’s – and North American snow cover is about the same as it was 50 years ago. 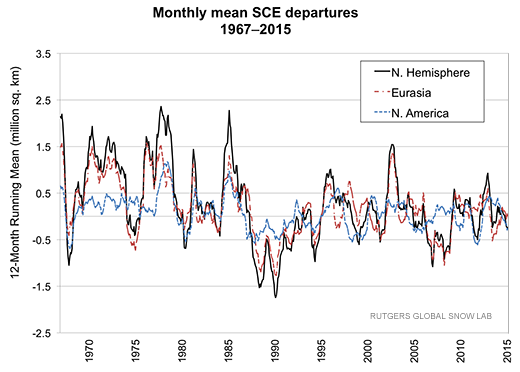 The amazing thing is that Tamino’s little band of trolls actually believes his anti-science nonsense.