Posted on December 7, 2015 by tonyheller

NASA has massively altered their global temperature data over the past 15 years, to double global warming.

The next graph shows the two at the same scale, normalized to the 1880’s. This graph is the best way to view the change since 2001 in claimed global warming. 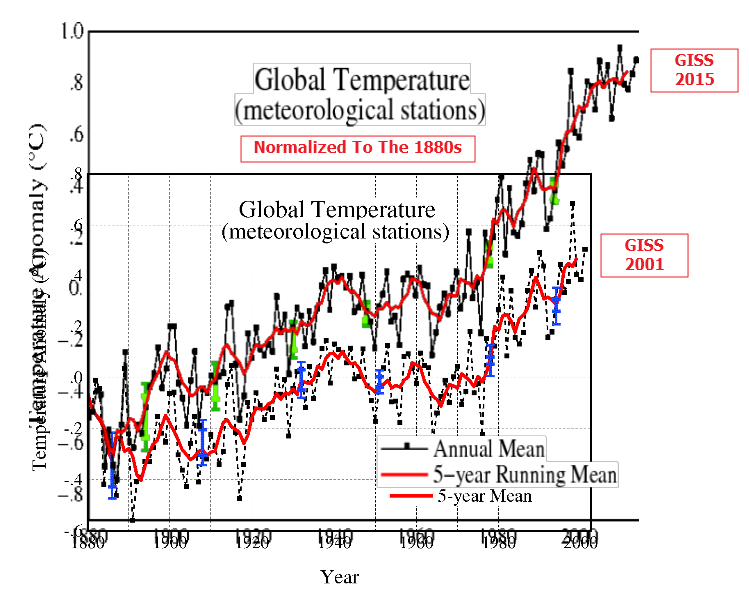 The data tampering algorithm they are using is largely just a linear scaling. If the 2001 version is scaled up linearly by 30% along the Y-axis, we get a fairly good match from 1890-2000. 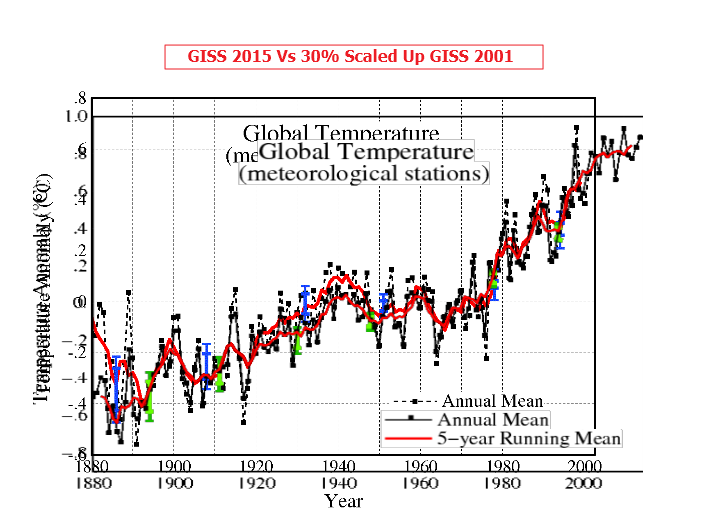 The next graph shows that the data has been tampered with by almost 0.6C over the past 15 years. 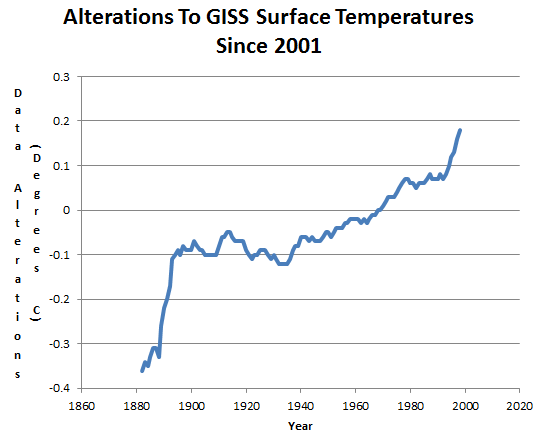 After altering the data by 0.6C, the criminals at GISS claimed a global temperature record by 0.01C

4 Responses to A Closer Look At GISS Temperature Fraud