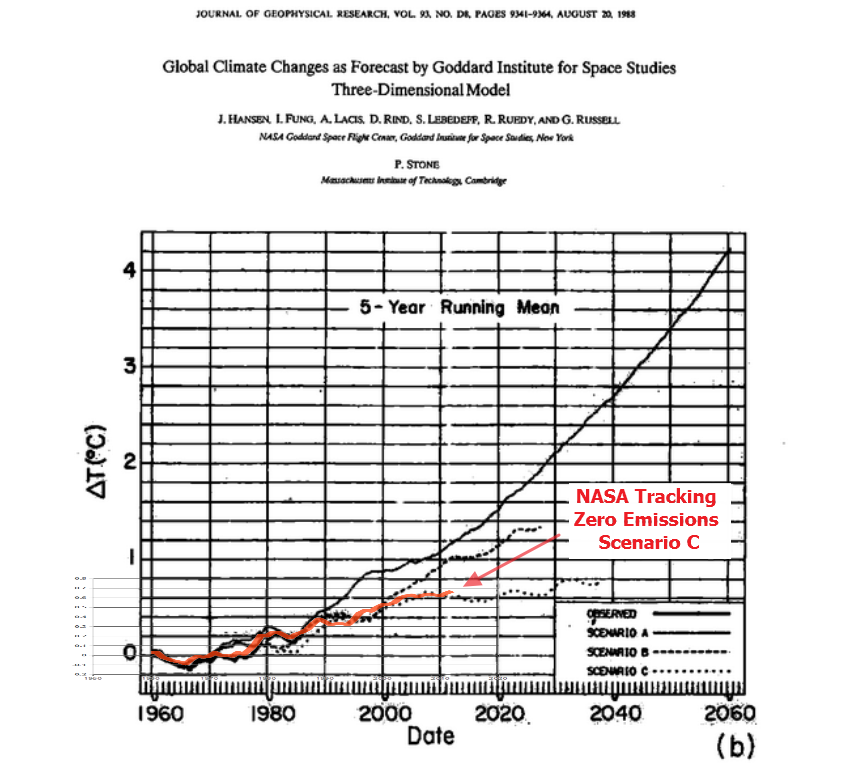 Instead of what Hansen predicted, NASA temperatures nearly flatlined after 2002, and are tracking Hansen’s zero emissions after the year 2000 Scenario C.

Even after all their data tampering, NASA still shows the hiatus. And more importantly they show that increasing CO2 has had no detectable effect on the global temperature. Temperatures are where Hansen expected them to be without any increase in atmospheric CO2.