Australia has been experiencing droughts and floods since it was first discovered by Captain Cook.

“there is little doubt that Australia is subject to long periods during which dry seasons prevail, and again, intervals of some years, in which there is a prevalence of floods” – 1868

Aborigines said that the climate used to be perfect, but was ruined by the white men.

“The aborigines say that the climate has undergone this change since white-man came in country. “Old-hands” speak positively of creeks, constantly running streams, in their early days” – 1846 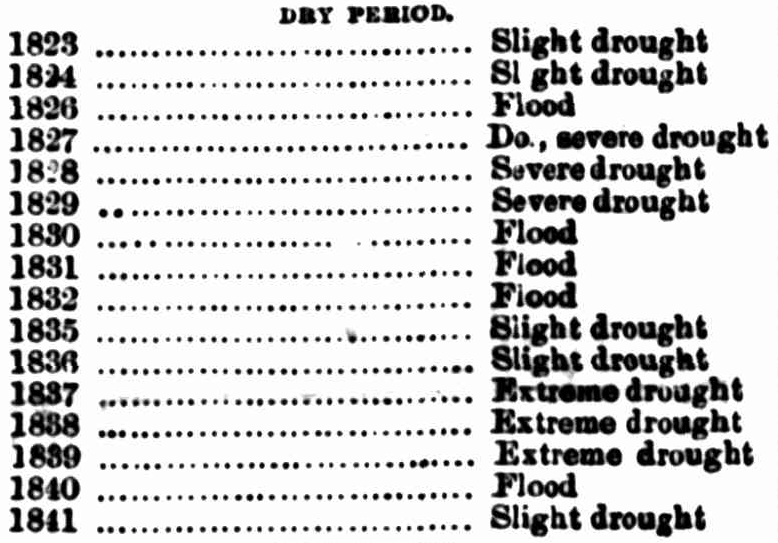 I prepared this visualization to help readers understand the difference between natural droughts and man-made drought.