‘That’s the Good Thing as a President, I Can Do Whatever I Want’

The White House and Democrat state attorney generals are conspiring to violate the First and Fourth Amendment rights of people who disagree with the White House climate scam. The White House is openly committing a felony covered under civil rights law. 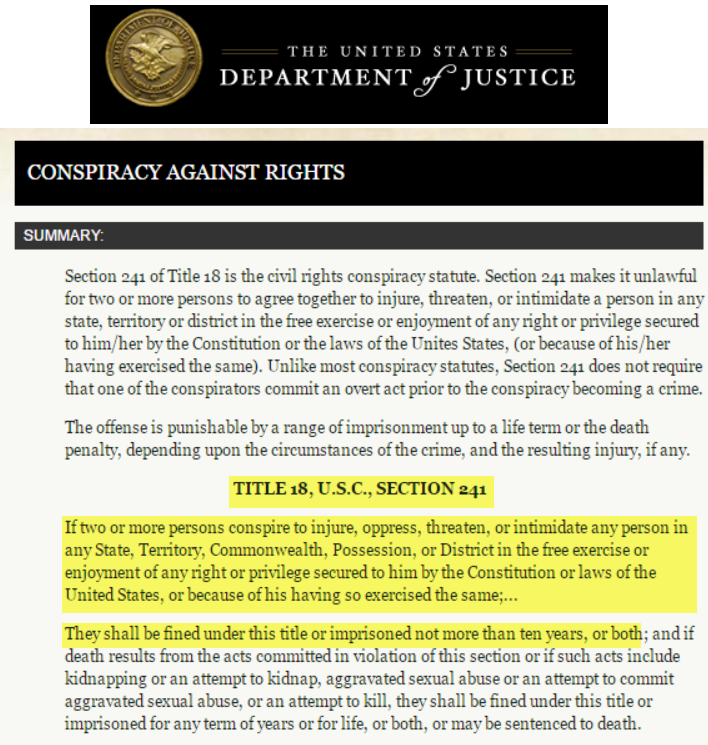 The US Government has long known that runaway global warming is not possible. A 1941 Department of Agriculture climate report covered this. 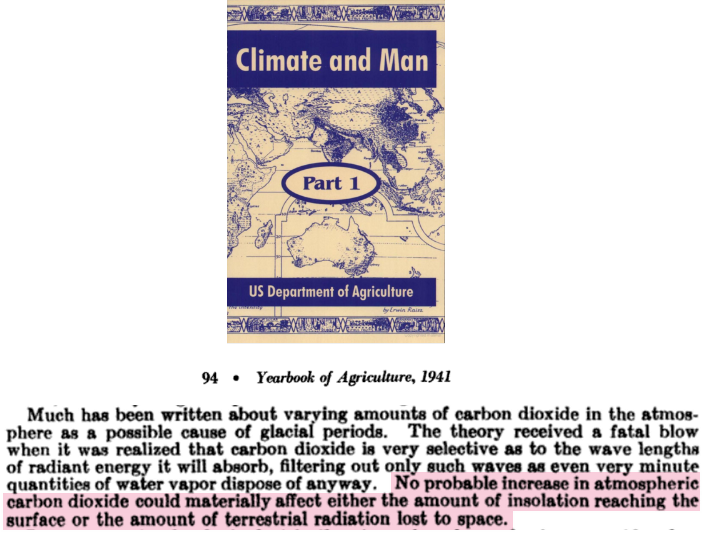 Climate and Man: Part One – United States Department of Agriculture

In 1961, there was unanimous consensus that the Earth was cooling.

By 1970, the US and Soviet Union were worried about a new ice age. 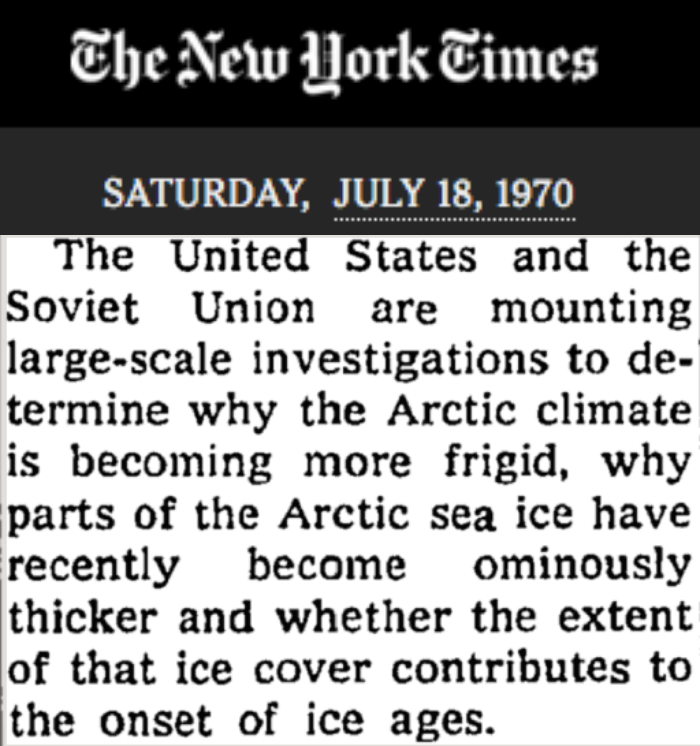 In 1971, NASA’s two top climatologists reported that a runaway greenhouse effect is not possible. 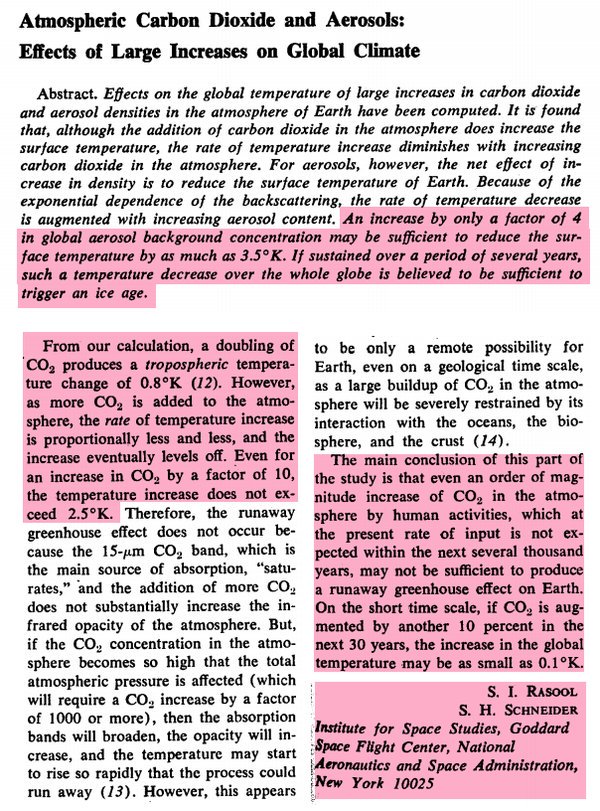 In 1972, the National Science Board warned of a new ice age.

In 1972, the top climate expert in the UK predicted global cooling.

In 1974, the American Association for the Advancement of Science (AAAS) reported that global cooling was occurring and dangerous. 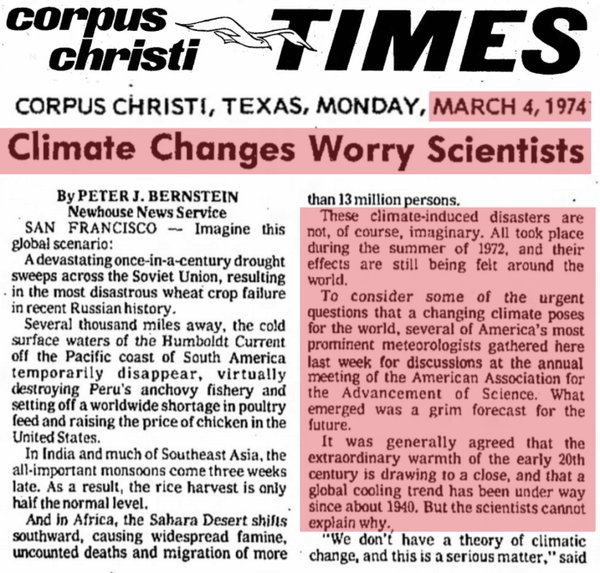 That same year, the top climatologists from the National Center for Atmospheric Research (NCAR) reported the same thing. Global cooling as occurring and a threat. 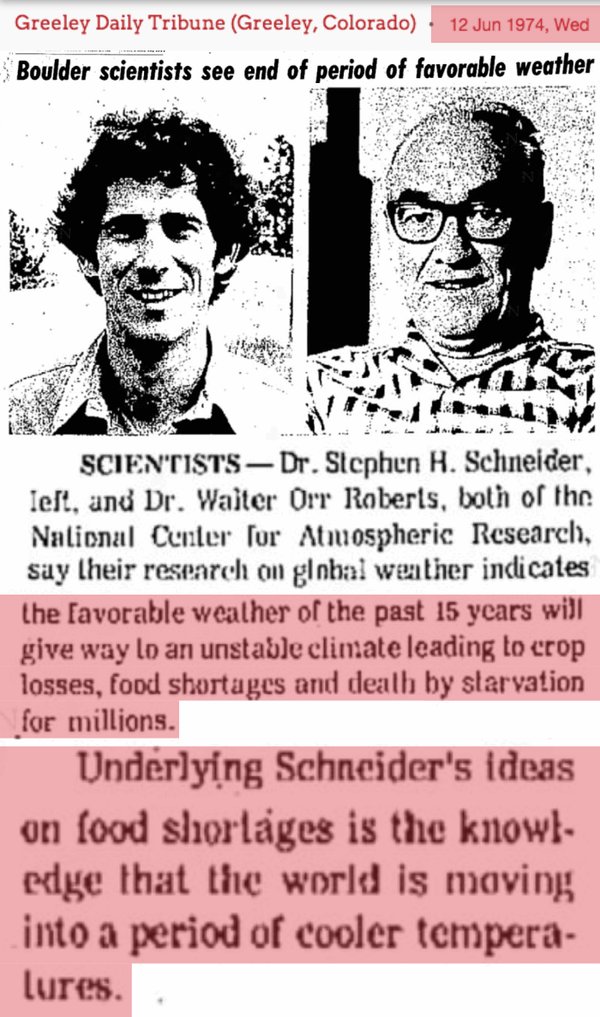 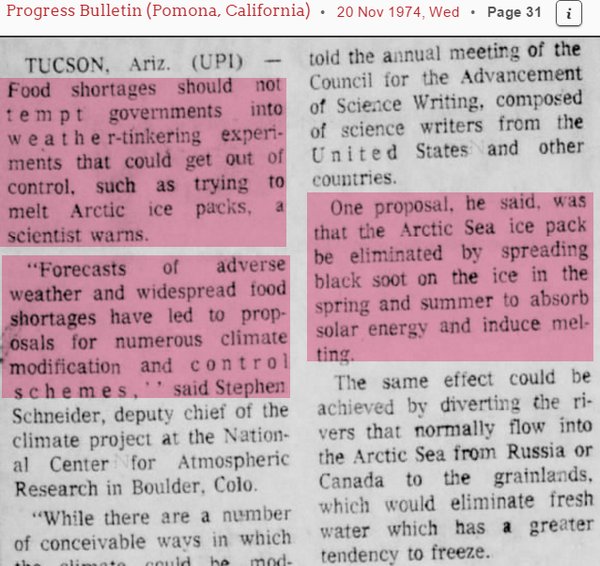 In 1975, the world’s climatologists agreed that we must prepare for the next ice age.

In 1976, the CIA warned that global cooling was occurring and a serious threat.

In 1977, the UN reported that Earth may be headed into a new ice age. 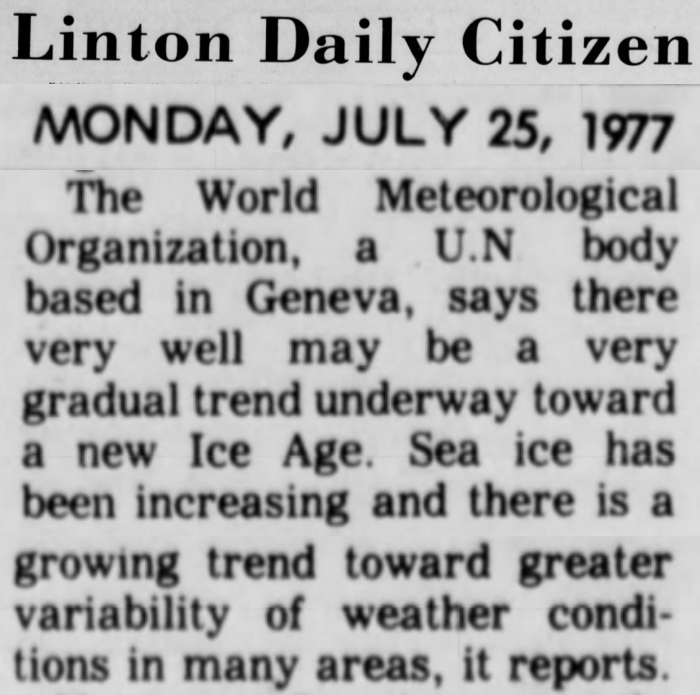 In 1978, government experts reported that there was no end in sight to the 30 year cooling trend.

No End in Sight to 30-Year Cooling Trend NYTimes.com

The White House has a global warming agenda and doesn’t want people to remember the post-1940 cooling, so they had government agencies alter the data to make the cooling disappear. 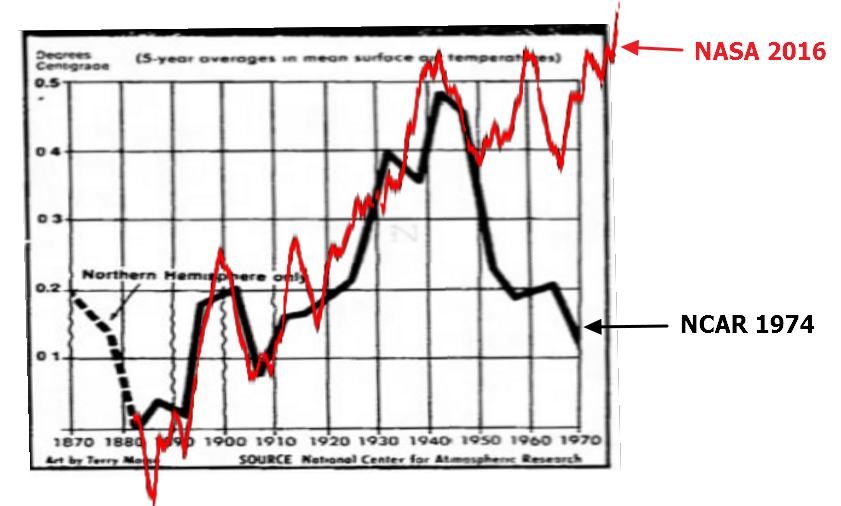 NASA has massively altered their own data to increase warming.

2 Responses to The Government Knew