OSISAF maps show almost no change in Arctic sea ice over the past week. 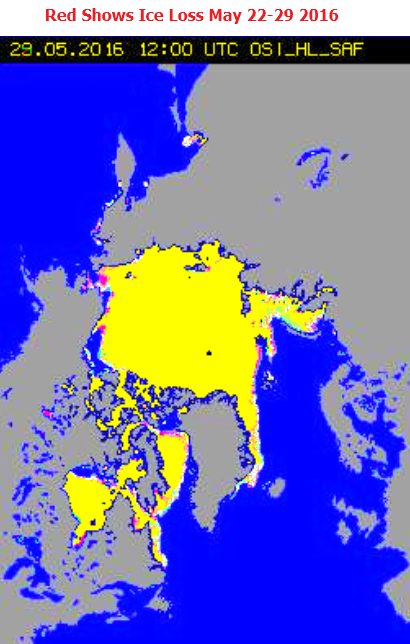 This is not very surprising, because temperatures are below the freezing point of water over the ice pack. 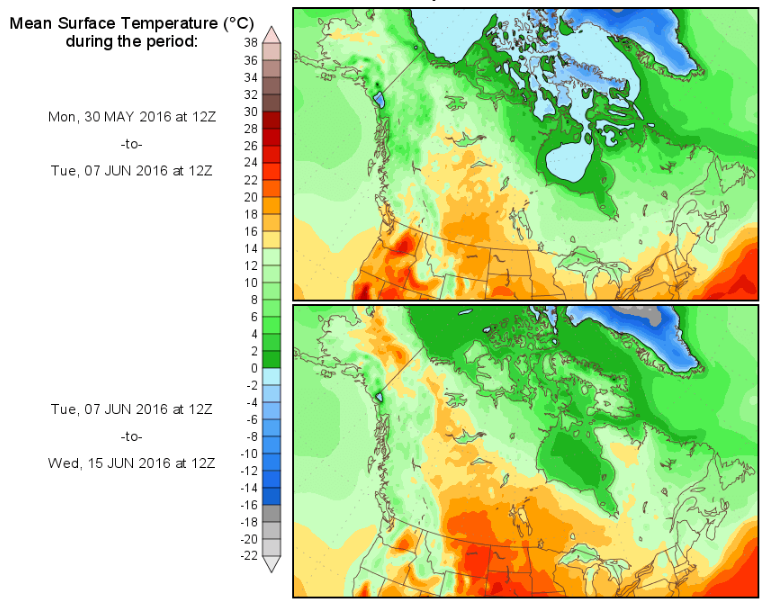 DMI graphs are finally starting to show the flattening, about 10 days late. 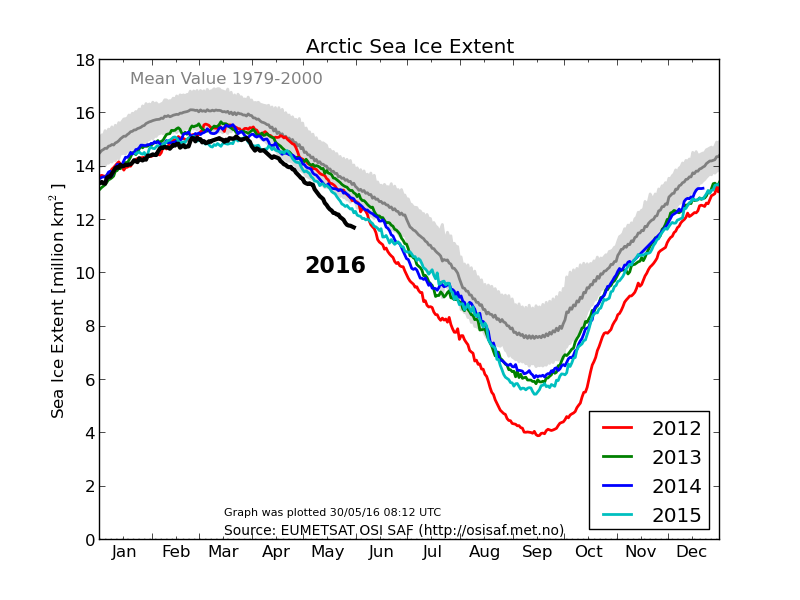 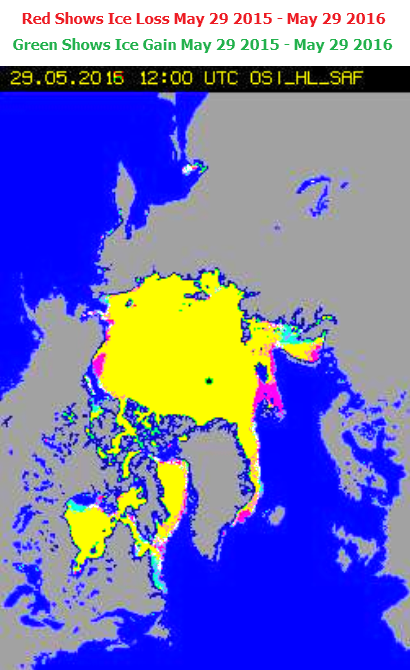 I will continue to track this, because I don’t trust any government agency anymore.