Another Thousand Times A Year Fraud From USA Today And NWS

USA Today and the National Weather Service are, as expected, spreading wild misinformation about the Ellicott City flood. They are claiming 6.5 inches of rain was a 1-in-1000 year event. 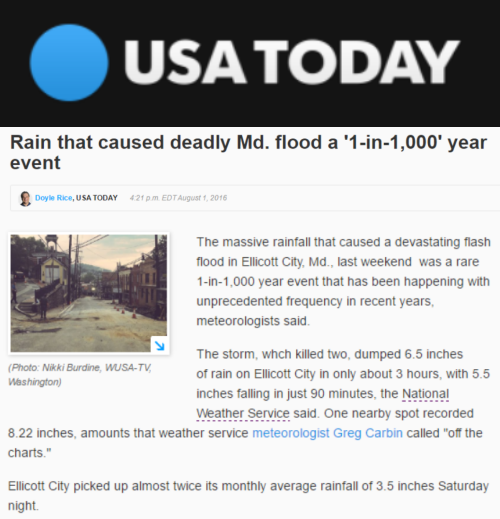 Four years ago, the area got almost 13 inches of rain.

During the 1940s, nearby locations in Pennsylvania and West Virginia received much heavier rainfalls in much shorter periods of time. In 1942, Smethport, PA received more than four times as much rain in the same amount of time. 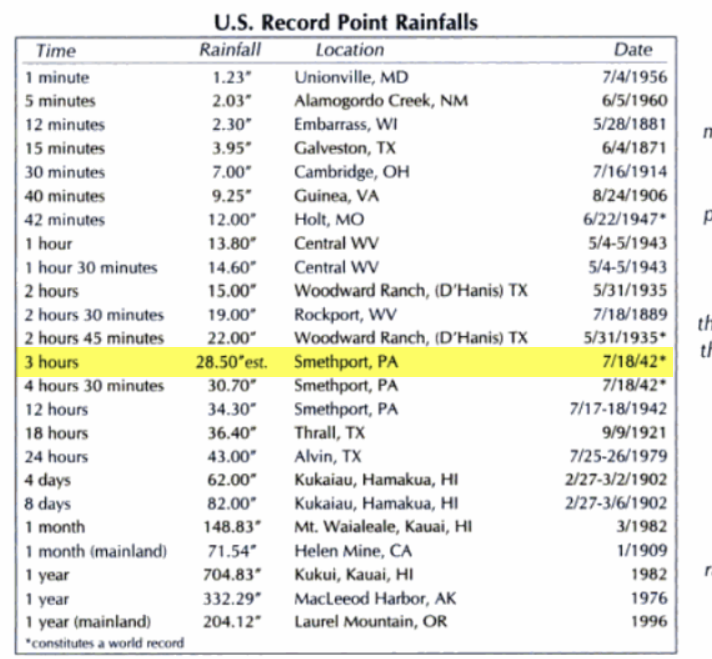 This climate fraud goes on day in and day out.  And when called out on it, the press and scientists never retract.