August On Track To Be One Of The Most Fraudulent

Steve Case pointed out this garbage in the Milwaukee Sentinel. 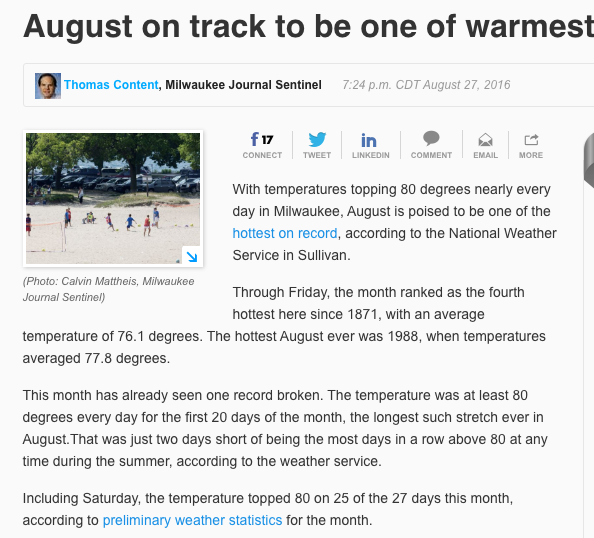 August on track to be one of warmest

This article is utter nonsense. August in Milwaukee was 14th warmest since 1947, and five degrees cooler than 1988. 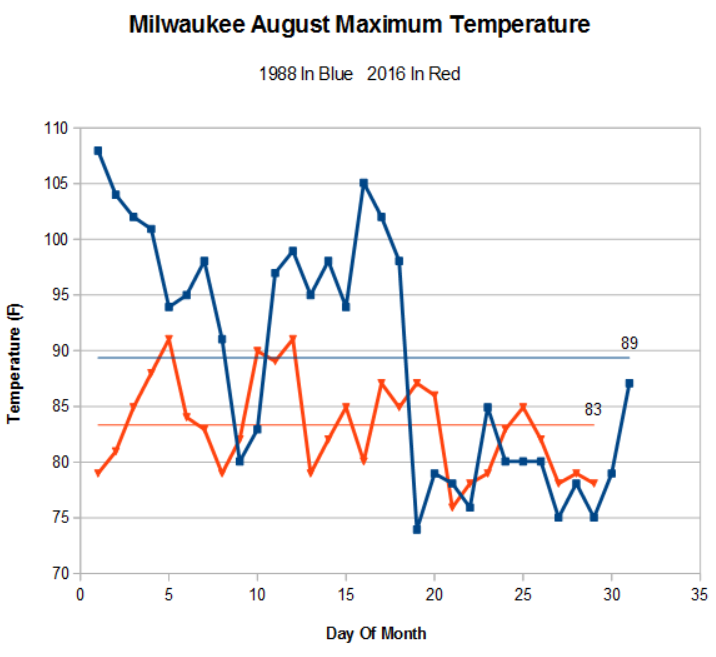 The number of 90 degree days was below normal in Milwaukee this August.

The article was completely fraudulent, which is the norm for climate reporting.