More mind-blowing climate fraud from Andrew Freedman, who claims that hurricanes, heat waves, floods and fires in 2016 are evidence of man-made climate change. 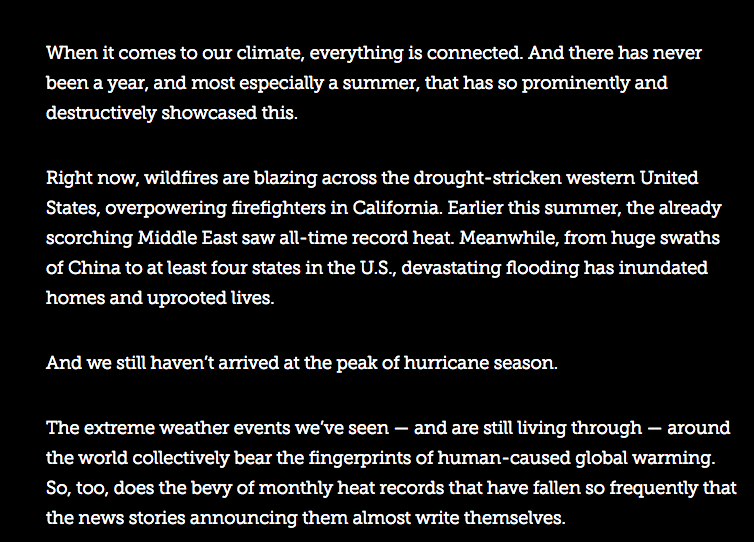 The US is experiencing the quietest decade for hurricanes on record, and Andrew is trying to get people upset about hurricanes.

Forest fire burn acreage is down 80% since the 1930’s. Andrew wants his readers to believe fires are getting worse and at record levels.. 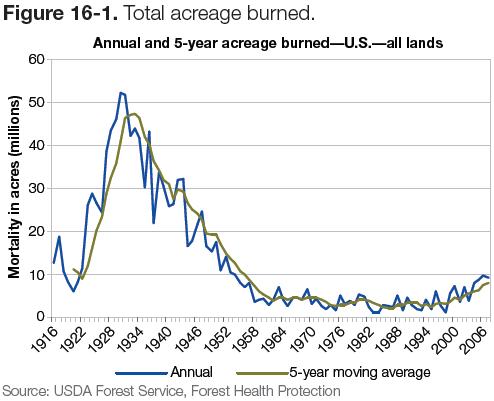 On this date in 1910, the largest fire in US history burned up nearly as many acres as all of the US fires in 2016. 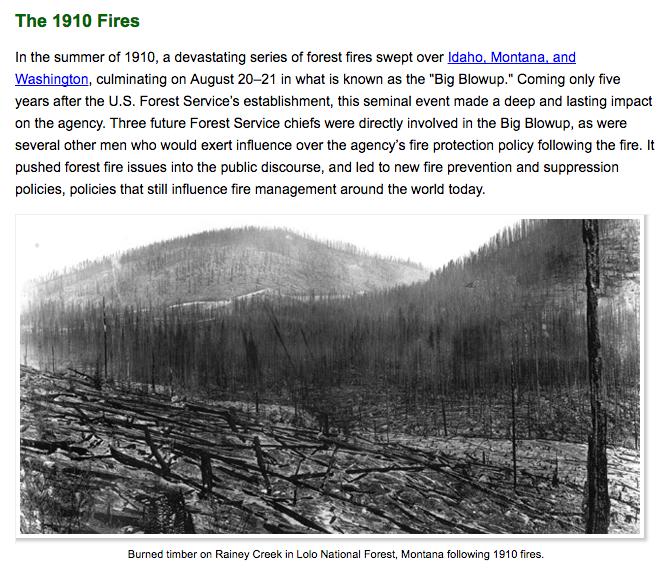 The number of forest fires in the US is down 50% from ten years ago. 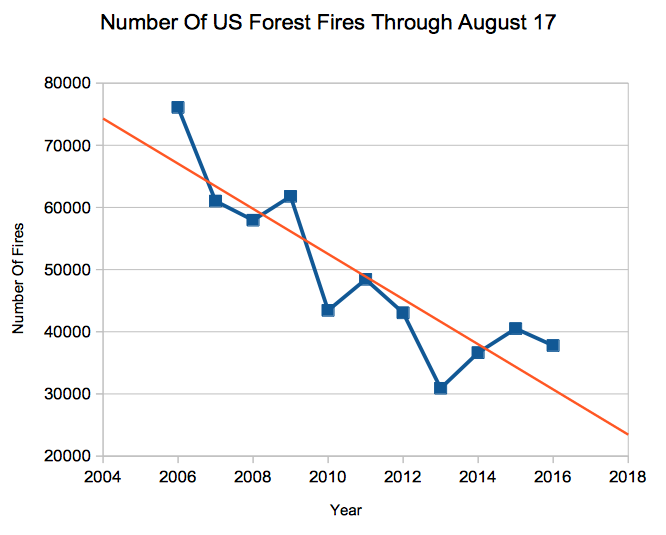 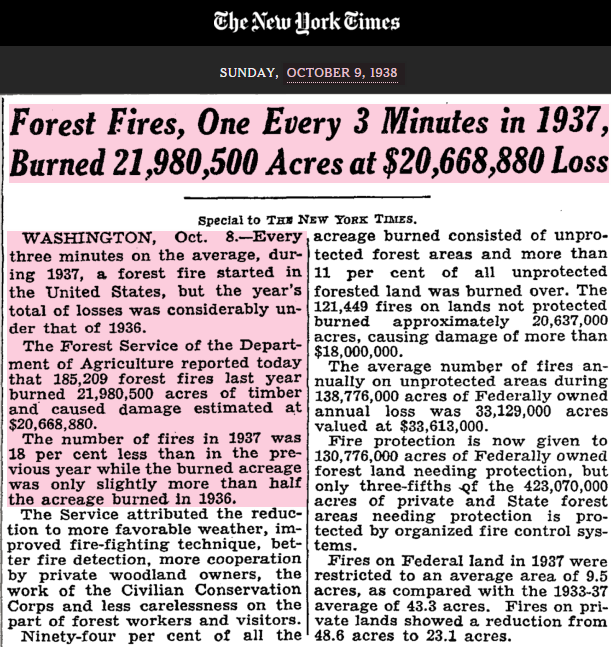 Massive forest fires have been plaguing California every year for as long as people have lived there. 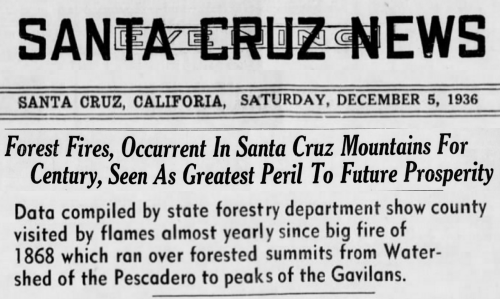 Andrew claims that wildfires are blazing across the drought stricken west, when in fact outside of California the last two years have been much wetter than normal, and we have had very few fires in the Rocky Mountains since 2012. We are currently experiencing record cold temperatures in Colorado, and Winter Park has already reported snow. 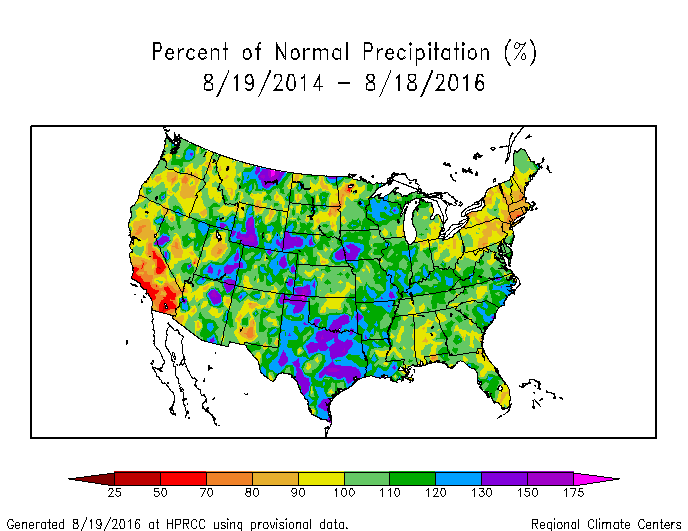 The deadliest fires in US history occurred 145 years ago. 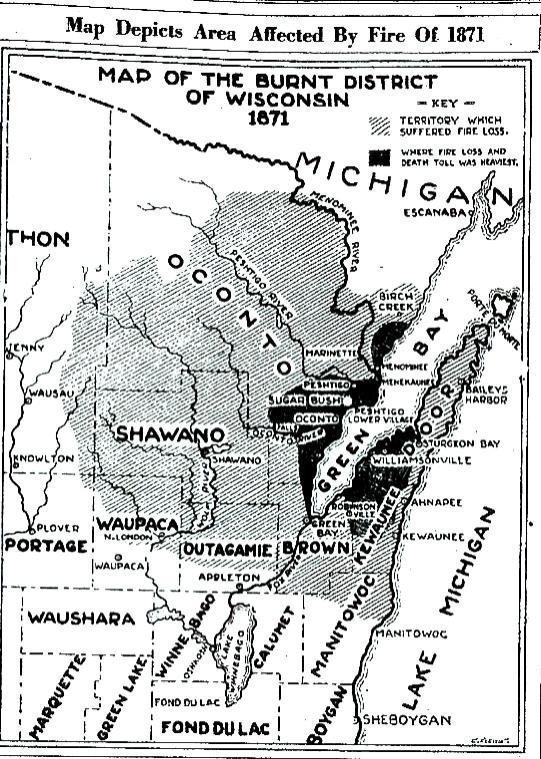 Andrew says that four states have experienced floods, compared to March, 1936 when fourteen states and 106 cities were simultaneously flooded, while 20% of the country was covered with thick dust. 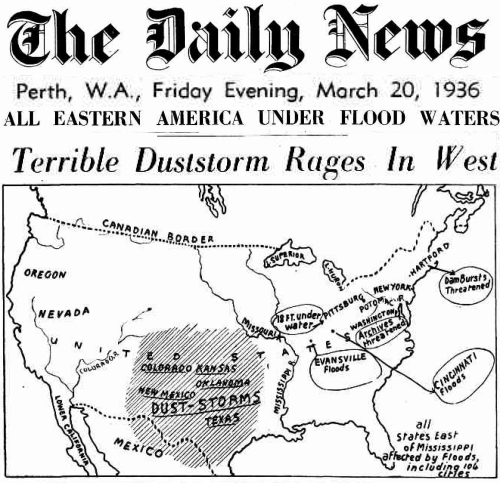 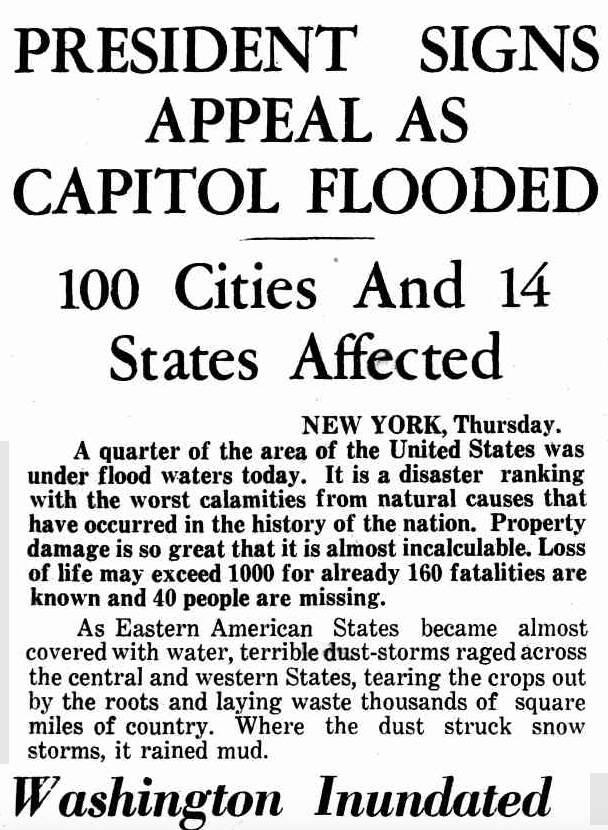 This is what Pittsburgh looked like during the 1936 flood, when it was under 16 feet of water. 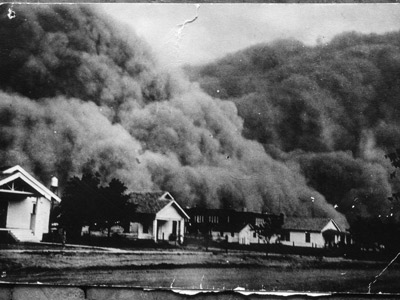 The summer of 1936 was by far the hottest summer in US history. It caused massive death and destruction. 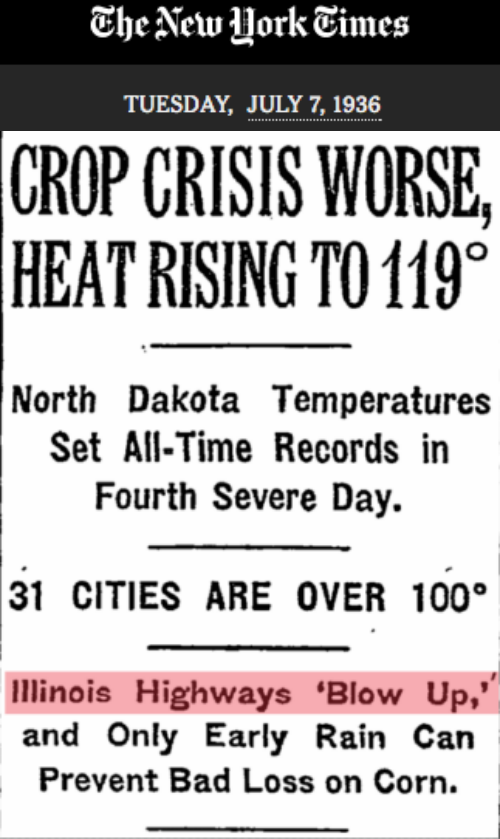 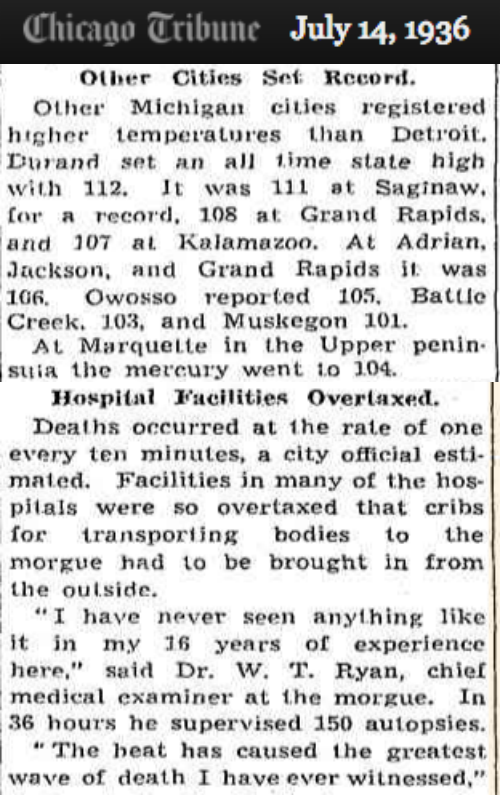 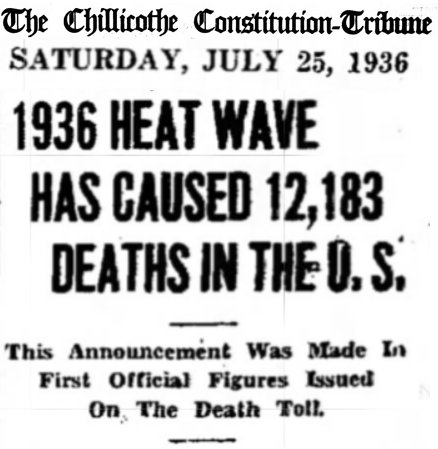 The summer of 2016 has been notable in that the area of the US affected by extremely hot days has been among the lowest on record. The exact opposite of what Andrew is claiming. 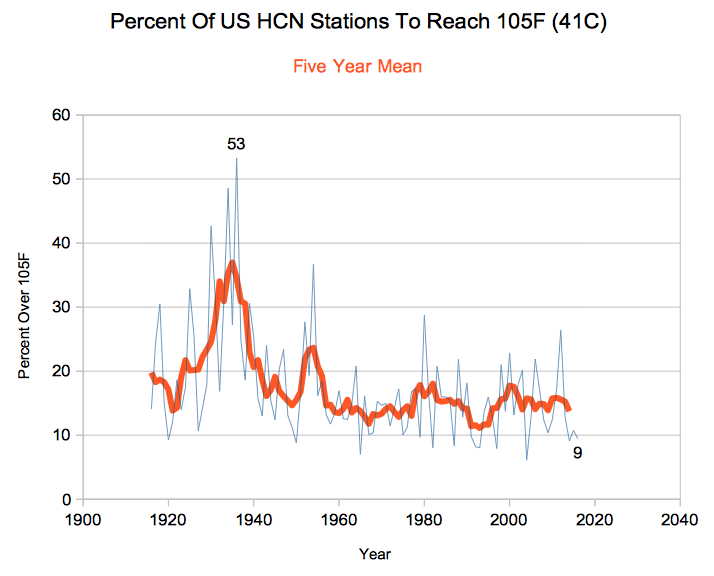 The percentage of summer days above 100 degrees in the US has been below normal this summer. 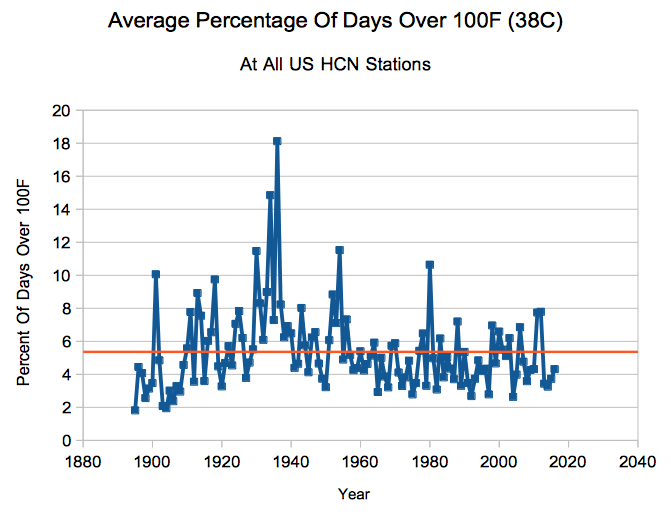 The number of daily record maximums this summer has been below normal. 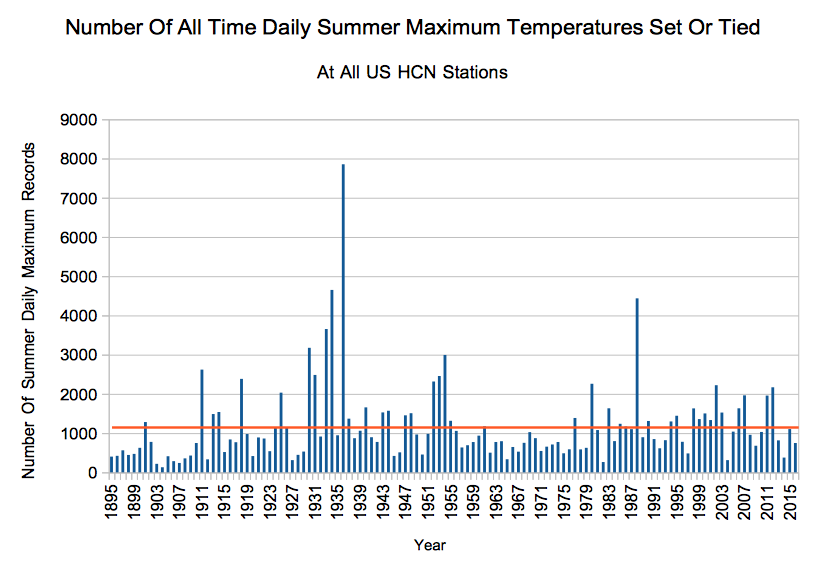 Andrew mentions some very questionable claims of record heat in the Middle East, ignoring that until a few years ago the official hottest global temperature was 136 in in Libya in 1922.

The highest temperature ever recorded in the world was 136.4 degrees Fahrenheit (58 degrees Celsius) on this day at El Azizia, | South African History Online

Andrew also ignores that the current official record global temperature of 134F occurred in 1913 in California, when CO2 was 300 PPM. 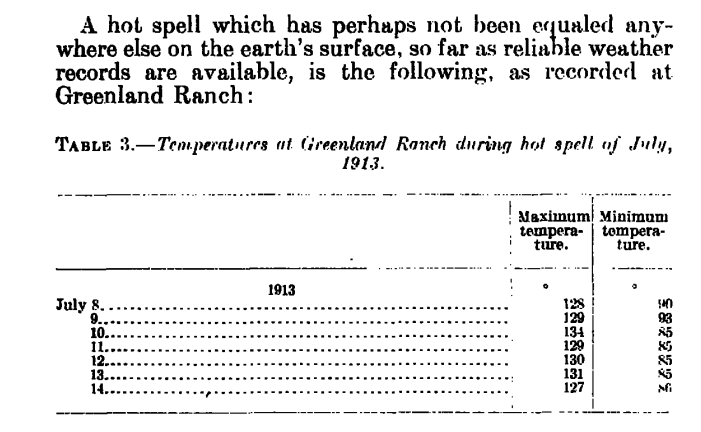 Andrew also ignores that Greenland set its coldest July temperature on record a few weeks ago.

On this date 85 years ago, floods covered 60,000 square miles of China and killed more than two million people. 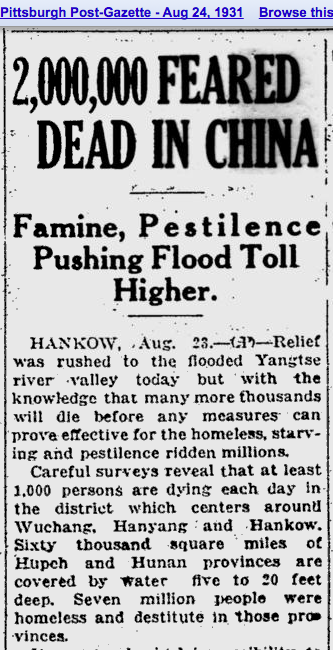 Every single one of Andrew’s claims is either completely wrong or wildly misleading. But that is the norm for climate reporting.

33 Responses to Connecting The Dots On Extreme Climate Fraud