Space, Climate Change, and the Real Meaning of Theory – The New Yorker

Sellers claims that “straightforward observed facts” tell us that there was a dramatic uptick in warming in the 20th century. But in 1989 ,  NOAA said the exact opposite.

Analysis of warming since 1881 shows most of the increase in global temperature happened before 1919 — before the more recent sharp rise In the amount of  carbon dioxide In the atmosphere. said Thomas Karl. of the National Oceanic and Atmospheric Administration’s National Climatic Data Center in Asheville. N.C.

Sellers claims that sea level rise and glacial melt is due to humans, which is as dishonest and clueless as a scientist can get. Glaciers have been melting and sea level rising for 20,000 years. 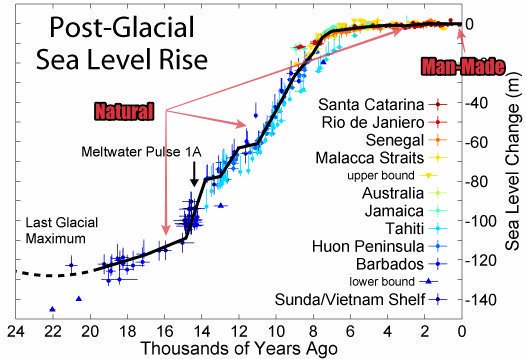 There is no indication that sea level rise has accelerated over the past 150 years.

The 1990 IPCC report said that there was no acceleration of sea level rise in the 20th century. 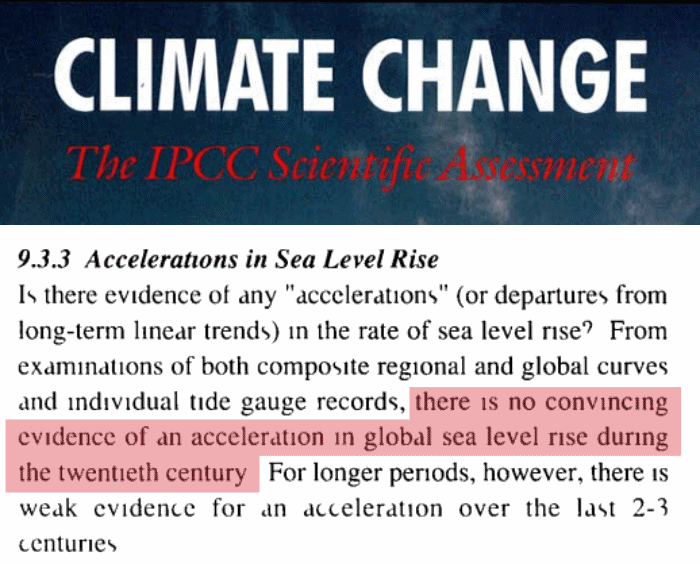 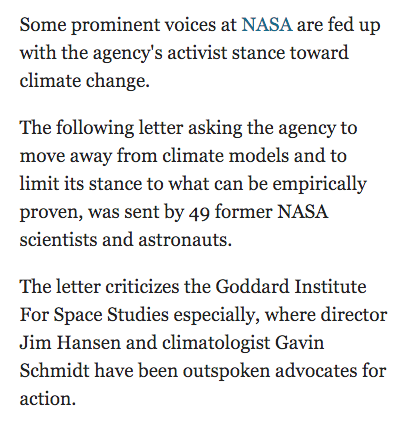 10 Responses to Lost In Space Part 2